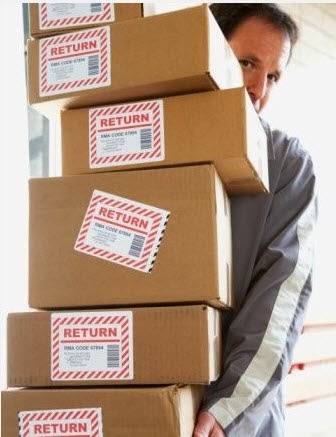 eCommerce is one industry, where the word ‘returns‘ has various connotations – right from the order to customer and to the investor, as the subject says!
Which is the most important out of these or are these just a mere ’cause’ and ‘effect’ of the same purchase cycle?
At Rs 13,000-crore, India’s e-tailing industry accounts for just 1% of the total retail business. However, it’s the fastest growing segment of e-commerce (non-travel) growing at 59% annually, as per industry estimates (TOI). However, profitability and eCommerce are mostly avoided in the same sentence by Industry experts.
One of the main reasons is the claim of ‘building’ the industry in the initial few years (the quantification of which increases with increasing valuation!), owing to high operating losses for most retailers. 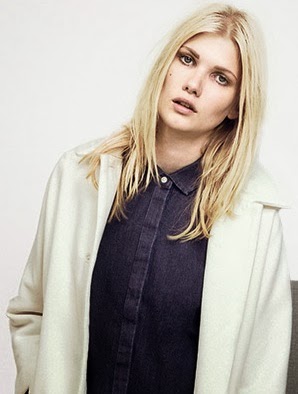 One of the biggest challenges that retailers are grappling with are the returns, that can go upto the tune of 25% of the total orders (TOI). One out of every four products sold online gets returned, a study by logistics firm Gati showed. Roughly a lakh shipments are returned every day! So while this is a good cash cow for the logistics firms, it might not be a sustainable one for the cows, per se!

Returned goods bump up the average cost of delivery by 50%, pushing their break even point even further. The total loss to the e-tailing industry only due to shipment costs of returns stands at close to Rs 330 crore a year. Even though return policies are crucial for certain retail segments like Fashion, most of the e-commerce companies are promoting that as the key differentiator. Agreed that the biggest barrier to online fashion purchase is the ‘touch and try’ habit, but there is another factor of choices that e-commerce companies win on today – somehow that is no longer the ‘promotable’ point, with so much clutter around.
Product sizing constitutes two-thirds of all returns, according to various e-tailers. Add to that the losses of damaged products and additional manpower, and it ensures that the Investor deck comes much before the balance sheet! 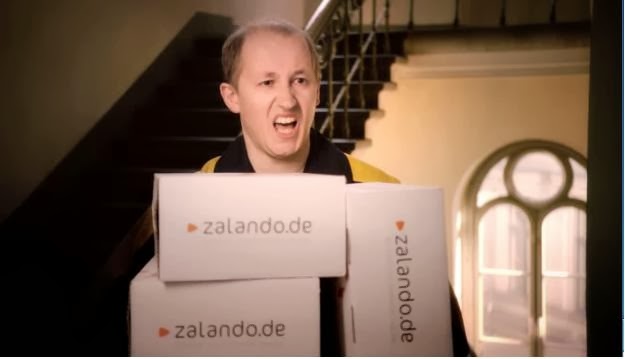 The situation is not so bright outside India as well. Zalando, a big German Retailer, used to promote with the slogan, “SCHREI vor Glück oder schick’s zurück!”, i.e. “Scream for joy or send it back!” But so many people took up the second half of the slogan that Zalando now uses just “Schrei vor Glück! ” in its marketing.

About half of the goods purchased on Zalando are returned..But, of course, if you have generous investors, then such policies can be ignored till it moves the decimal! Zalando (built by Rocket Internet) considered as one of the fastest growing e-tailer in Europe – return policy is an over marketed term across Europe and Latin America (after free shipping), with retailers focusing on taking stock back more than selling it (Reference)!
And it does payout if you are lucky, but some day the truth shall ‘return’ (no pun intended!)  –
1st – Fast growth comes at a cost – while the company’s EBIT margin (a measure of profitability) improved from -12 per cent of sales in 2011 to -8 per cent in 2012, operating losses as a lump sum still increased from €60m in 2011 to €90m last year.
2nd – Zalando continues to struggle with operating losses. The European-wide offer for customer to return unwanted items for free has severely impacted the bottom line. 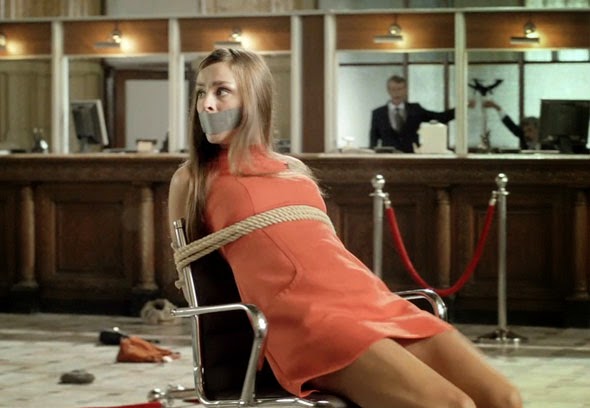 Return rates can be alarmingly high: for some online retailers up to half of everything they sell comes back. More so, the regulations seem to favour these impossible-to-please customers. In 2014 the European Union will adopt a law similar to Germany’s, obliging online firms to offer a no-questions return period of 14 days. American law is not so generous, but online firms there still face hefty costs from customer returns. In India, it is still in its initial stage. Known players, Jabong and Myntra offer returns with 30 days, and the new biggie Amazon allows various return policies

So what is the solution? Even though Returns are critical, there are ways to reduce risks associated with this ‘customer retention oriented’ effort. You cannot aim to please the entire world and have to balance financial discipline with Service excellence.
There are few ideas that can be / are being explored –

Some studies have shown that without the returns, the retailer’s profits almost grow by 50%! So there IS merit in controlling this big ‘expense item’! Incidentally, as per a recent study of top 10 retailers, like Amazon, Walmart, Sears, JCPenny, the best ones don’t usually do good on returns [Source] – there might be a implied pattern here to infer 🙂

But that’s where the maturer markets are moving towards. Closer home, the Indian Clone of Zalando, Jabong.com is following her elder sister.. Not very far from SCHREI vor Glück, Jabong’s campaign of ‘go crazy shopping’ aimed to delight customers with the range and offers at Jabong.com. Results are for everyone to see! Undoubtedly, like Zalando became one of the most memorable brands in Europe, within a few months of its launch, Jabong.com became the most trafficked e-com site in India (Google.com traffic stats).

Incidentally, there is a lot of buzz around some campaigns. If you thought that there is a lot of creativity in Indian E-commerce companies, here is an interesting campaign to make the shopaholics ‘go crazy’! 🙂

The best part about the campaign is what is mentioned in the brief…
This commercial showcases a situation where in the middle of a bank Robbery, a fashion conscious female staff member is seen talking to her female colleague about shoes and dresses available on Jabong.com showcasing the strong fashion connect among shoppers…. The concept has been artistically developed by Jabong.com in-house.

Both companies are funded by Rocket International

On a serious note, returns are a challenge in the nascent e-tailing space, but innovations around reducing returns and not just customer acquisition, would define ‘the last survivor‘ in this online game!

And by the way, did you think that the customer is a nincompoop, and will smile at the goodies you throw at her? Though all these innovations are to build customer trust, am not sure if it is taken in similar light everywhere and by everyone! 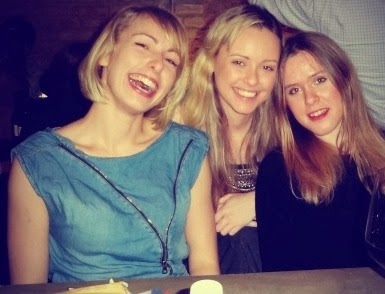 Like physical stores, online clothes sellers suspect they have a hard core of habitual returners. Interestingly, some consumers have identified a superb opportunity to abuse this ‘consumer-centric’ policy of the e-commerce industry. In Germany there has been talk of “Zalando parties”, with giggling teenage girls ordering crateloads of stuff for a big weekend, only to send it all back (complete with forgotten car keys and other such stuff in the pockets) [Economist]

Can you avoid Jabong parties from happening? Well, with the current return policies, and the focus of the companies on ‘building’ the industry, you might just be part of one!

So imagine a world where you select your favorite weekend outfit out of thousands of choices available online, from your bedroom, get a 65%+30% GOSF discount on fashion as part of Big 5 Days, get it delivered the next day by a drone at your doorstep for Cash on Delivery, celebrate the weekend with your friends and return it to the retailer the next weekend – all at the cost of the ‘return’ hungry investors!

By the way, do you know if they sell cars online? 😉