Secrets of the Mountains – in the ‘Fast Movie-ing Consumer Goods’ Space!

MoviesProcter and GambleWal-mart
Puru Gupta -
11:55
When you see the world’s biggest retailer teaming up with the world’s largest FMCG Company for a totally different field that none of them are more famous for, you know there is something cooking!

According to C21 Media, Walmart and P&G are getting into movie production starting with their first tele-film titled “Secrets of the Mountains” to launched on NBC in a couple of months from now. 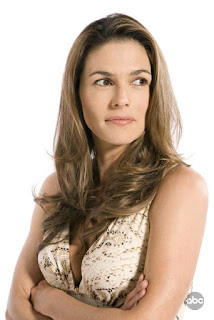 Starring Paige Turco and Barry Bostwick, the two-hour film is about a mother playing a single mom who ends up taking her kids to a mountain cabin owned by her uncle, who embark themselves on the adventure of a lifetime (according to P&G Productions, which has been producing soaps, variety shows and telefilms for many years)

Why movie production of all the things?
The rationale given by Stephen Quinn, Chief Marketing Officer for Walmart is to give what shoppers want, and delivering their brand promise to “help families save money and live better“.

On the other hand, Marc Pritchard, global marketing and brand building officer for P&G, said: “As a company of family brands, we know that context matters,” adding that the films coming from the alliance with Walmart would allow P&G to “advertise our brands in this broadly appealing content.”

However, according to one of the reports at thewrap.com, the movie is intended more as a “backroom pilot” for a possible series, as the time slot for airing the film do not pin very high hopes on the project.

So, even though big names are producing the movie, the movie per se doesn’t seem to be a promising one! So is this another source of cheap advertising for the company (s) or another hot sector they want to enter into, given the limited cash flows FMCG sector has to offer?

Whether it is an extension of their growth strategy, or just a cheaper option to advertise to a captive audience, only time (and banks) would tell.
Maybe that is why the title of the movie has aptly been taken as Secret of the mountains 😉!