guerilla marketingSocial Marketing
Puru Gupta -
11:44
I never knew that there is such a bad Housing Crisis in France until this strong Guerilla campaign hit me at Best Ads.

Made for Foundation Abbé Pierre (France), the objective of the campaign was simple – to raise awareness among the general public and the government of the bad housing crisis in France. It wanted to present an in-your-face reality that thousands of people in France have as little space to live as a car in the street or a bus stand or a billboard – posters of real-size 7m2 (the size of a parking space) apartment were stuck near symbolic sites in paris (The National assembly, The Senate, The count hall, the City Hall, and the Paris Stock Exchange) 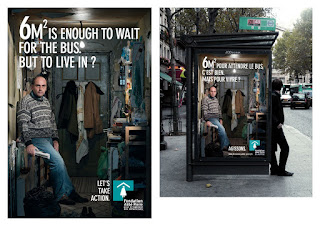 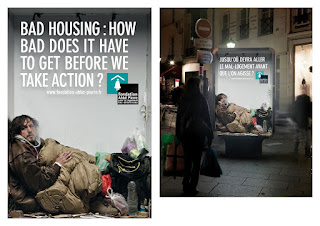 They used the space of billboards, parking spaces, bus stands, put real-size posters matching up to the actual space that people managed to stay within, demonstrating the struggle for space within the country. As you can see in these pictures, the way it was communicated, instant connect could be established with the intent of the posters, thereby getting sensitized to the issue at hand. And that’s all what the campaign set out to do! 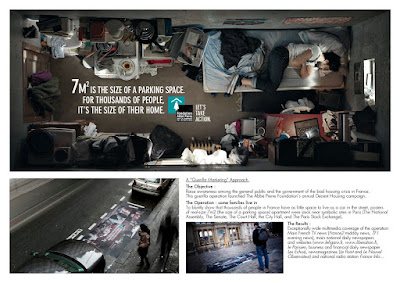 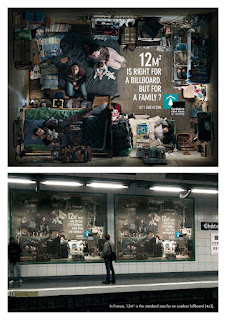 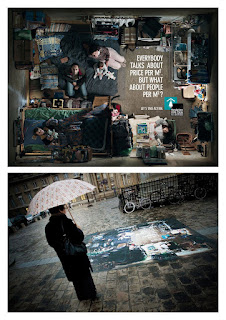 Although the theme seems to have been used earlier (Amnesty International Campaign TBWA, Poland), this guerilla campaign has managed to not only communicate the real issue, but also connect with the appropriate framework as well, quite effectively.

Great Execution – the campaign received exceptionally wide multimedia coverage and appreciation for its operation, and deservingly so. So before you log on to MySpace, I hope we realize that there is a set of people for whom, these words carry a totally different meaning altogether!