The evolving cartoon – From Silent Spectator to Energetic Athlete! (India) 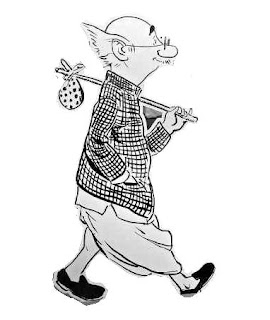 Cartoons and caricatures have long been one of the best modes of expression – to voice out the sentiment of the public, to express implicit reactions, and to use satire to get your point of view across. One strip that has done this wonderfully for generations (since 1961) has been RK Laxman’s most famous Common Man’s strip “You said it” – There was a time when we used to look forward to the daily strip in the Times of India whenever something happened, for the strip reacted responded effectively on any issue – truly echoing the sentiment of the public – it mocked at the current issues at hand, but ensured it made relevant points strongly. Such was the power of print media then.

Then came our dear Amul Moppet, coming out with silent billboards almost every fortnight that talked about issues at hand, or latest Bollywood or Cricket gossip – taking a topic every time, and interpreting it in a humorous manner – called “topicals” by the Da Cunhas. Instant connect was what this girl executed fantastically, something that exists even today. Be it the recent fuel hikes or the trust vote of the government or the presidential nominations for the country’s leadership – Moppet has managed to grab a part of the attention pie for itself every time. 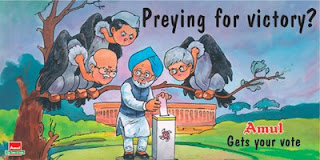 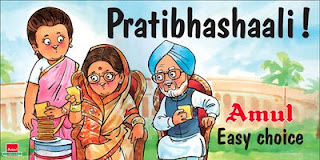 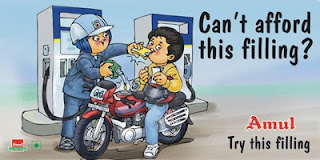 However, as the consumer evolves, so does the media – as consumers today move into the digital world, one needs to evolve into more engaging ways of communication – more involving ways to articulate one’s point of view. This has led to media entering the digital era as well, with cartoons translating into online games and caricatures translating into virtual moving icons!

Talking of icons, every point needs a story, and every story needs a character – so while earlier it was the Common man, and then the Moppet, now it is the central character or the hero, which we, as players, enact! And how do you find the hero? With a comprehensive search for strong impressionable icons around us, one can naturally think of one such personality who manages to develop an aura around him every time – and is at the centre of most of the controversies – for why not – he is holding the prime minister’s office – our very own Dr. Manmohan Singh!!

Dr. Singh has a huge fanfare of cartoonists – who have managed to make him do almost everything possible – from balancing on a rope to running behind Sonia Gandhi to running from a flurry of ministers – he seems to be the talk of the cartoon town! So much so that one academy, Kerala Cartoon Academy, is even publishing a rare collection of 123 cartoons on him soon. And guess what? Maybe the hero himself would be there to release the book! 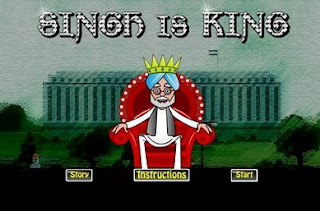 Coming back to the digital world – So how do you ensure instant connect, as well as top of the mind recall for the target audience in online games? – Simple – mix the most connectable bollywood flavor with the most impressionable politics, and you get a fine mix of top of the mind games – something that the new game on our Dr. Singh has excellently managed to do (and why not, if you get 300000 users within 3 days of launching, you better take this as the “right” mix!)

Reports Monika Adlakha from Hindustan Times,
“Games2Win’s online game ‘Singh is King’ tracks the PM’s political career. And the obstacles in the game are out of India’s recent political past – from the Indo-US nuclear deal, to farmer suicides, the communist parties, spiraling inflation, rising oil prices, crashing markets and allegations of cash for vote.“

Have a look at some of the snapshots of the game. Obviously, nothing beats real action and experience of playing this yourself! The game has been smartly described as “He’s smarter than your average PM and this time he’s truly proven that Singh is King!” 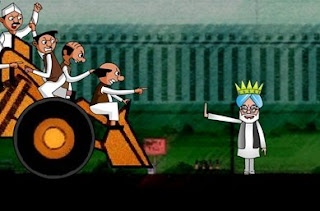 Definitely, the face of the Indian citizen has changed – from the times of the silent spectator in the form of the Common Man, to the energetic athletic Singh, who does not act dumb when politicians talk openly about bribing or their lethargic affinities, but overcomes all the challenges enthusiastically, jumps and tugs wherever required, runs athletically, and eventually, defies his opposition by wearing the crown, and deservingly claiming the throne – with true style of a Real King! 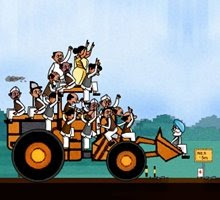 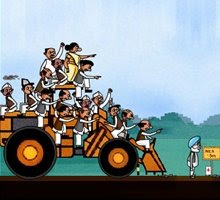 Want to get in his shoes virtually? Click here to feel like the PM for some time! – But mind you, if you still think you can stand like a silent spectator, try it…you might just get lifted by the opposition if you aren’t fast enough! 😉

[via Hindustan Times – reported by Monicca]