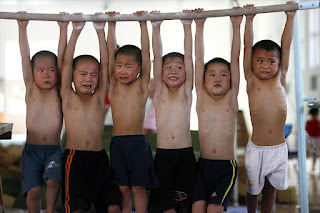 Ask anyone about China, and more often than not, you would get few catch words like “Increasingly Progressive” or “Biggest economy with youth getting more and more westernized” or “Conservative yet fastest growing” .. Walk into the streets of Shanghai and a strange contrast would hit you in your face – “Modernized westernized youth” along with “conservative” elders, progressive culture coupled with core Chinese values, openness but within restricted norms, or westernized business aspirations camouflaged under socialist intentions and termed as, what’s my favorite, “Capitalistic Socialist Economy” – that is today’s China…wow! Indeed, this is China…. Consciously confusing but sub-consciously ironic!

And if you haven’t got enough to nod at this point of view, munch on and you would figure out where is this coming from.

This incident is a recent one picked from the media & advertising sector – how the government played around for their own convenience and satisfaction, and how, this incident left all the critiques once again affirm their understanding on Chinese stance – Ironic! 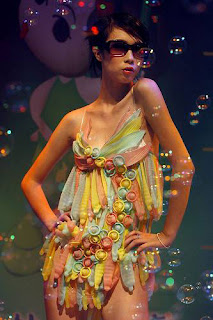 On one hand, China wants to spread awareness about AIDS and control it from spreading – it wants to tell people how safe sex is important. How? One of the stunts applied was, guess what, making dresses out of condoms! Some 6 months back, a fashion show was organized in Beijing (to celebrate the 18th World Population Day), where outfits were made out of condoms as main materials by university students along with Condom factory workers. (Coverage) Indeed, as you click on the dresses, you would infer that it was indeed a commendable effort to spread awareness through this medium. I am sure the government would have supported this cause, and cleared the performance, thereby, demonstrating its openness and progressive nature.

From what I have learnt, one needs the government consent for almost everything (yes, factor in all your weird pervert thoughts, when I say “EVERYTHING!”). 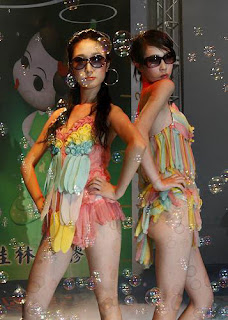 But when the same “progressive” government witnessed a rather open expression of nudity and sex in a movie, it fell against their cultural values, and really perturbed the officials, so much so that they decided to take extreme action – not against the movie makers who wrote the script, not against the director who directed the scenes, not against the hero who tore off the actress’s clothes, but, against the actress, who in her debut film made an attempt to enact a strong character symbolizing betrayal, lust and passion, and er, yes, who exposed!

Ms. Tang Wei, in her debut film, “Lust, Caution” plays the role of a student activist who seduces a Japanese spy during Japan’s occupation of Shanghai in World War II and ultimately betrays her country. The film sensitizes the audiences to the differences between Japan and China during World War II, and also depicts nudity in the movie.

So what was the action taken? Though the movie scenes were cut almost instantly when the movie was released (almost 7 months back), but this was not enough. The government wanted to make the action much more pronounced, and ah, Ironic! So they went ahead, and announced all forms of bans on the actress…banning any ads featuring the actress in radio, film or print; excluding her name from any guest lists for award shows in China; and removing all the discussions about the film or the actress on online forums; 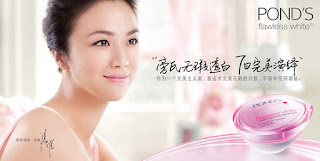 The biggest Loser? Unilever, who signed on the actress with a $845,000 contract for the endorsement of Pond’s and be the face of Pond’s in the mainland (which is a big skin-care market). This was a move to reposition Pond’s as an upscale brand in Asia, and involved local celebrities across Asia. With this ban being enforced, chances are that Unilever might end up throwing the investment in junk! (as mentioned in an Adage article covering this story, “Chinese Pond’s Ads Under ‘Caution’”)

The irony of such action is perfectly summarized in one of comments posted in response to the entry Anyone who has ever been naked is banned in China that mocked at the ban, “Nudity is also illegal on the radio in China. “Turn the volume up. I think they’re naked”! 😉

Read the post too – perfect to make a point! How purchasing decisions would be impacted… “because the person who endorsed the brand actually posed nude in her movie, so let me buy this cream, and pose nude elsewhere!” wow! Only some iron-brains can think of such great logic!

“The Chinese government feels that Tang Wei’s sexy nude scenes in the film render her unfit for advertising. Heaven forbid the people of China be influenced in their skin cream purchasing decisions by a fellow citizen who was once naked—China got its population of 1.3 billion strictly through asexual reproduction”

According to lawprofessors.com, a snapshot of the course of events that took place have been presented, that perfectly highlights what the government wants:

On March 9, … the vice director of the State Administration of Radio, Film, and Television (SARFT), the brains behind these actions,.. said, “This policy is directed at subject matter, not people.”…
… On March 18, a relevant person at SARFT, during a media interview, said that SARFT had not “completely banned” Tang Wei, but was simply not encouraging the continued expansion of her influence. Tang Wei was a good actress, but many young people thought that they could be like her and strip their way to fame; this could easily have a negative effect on the maturation of young people.

Wow! By looking / hearing Tang Wei apply Pond’s cream, a lot of youth might get negatively influenced and strip their way to fame!

Have a look at the movie trailer to get a “sneak peak” into the obscene and vulgar corrupted scenes that Tang Wei dared to perform, and do what no Chinese woman has ever dared to do – expose!

Convinced about the nudity and explicit sex in the movie? 🙂 Agreed that the movie might raise tensions between the two nations, or might instigate the youth against something negative, but what has Unilever or Ms Tang got to do with it? 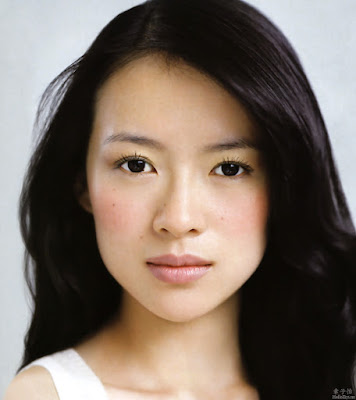 Well, it does! Seemingly, for this ad, Unilever consciously chose Ms Tang, who was already grappling with the controversies around her banned movie. Why then, did Unilever, or Ogilvy for that matter, choose Wang? More so, why does the TV spot show the actress using Pond’s as she gets dressed and made up on a 1930s movie set, the same era as “Lust, Caution” is set in, when they know that the movie is controversial?

Maybe, Unilever has taken a cue from Benetton! But whatever said and done, what seemed to be banned and less talked about, has ended up being talked and mocked all over the globe – ending up in achieving what an advertisement aspires to achieve – “attract consumer attention” – This ad, for all it’s worth, has managed to exceed all its expectations from advertisers/ marketers, without any “lust” and now, without any “caution” too!

So, were we discussing Ironies? 😉