FMCG in India – went Rural and now growing there too!

FMCGIndiamediaRural
Puru Gupta -
12:29
FMCG Industry in India is witnessing a change – a change in the pattern in which it is growing – needless to say, with the changing demographics, the pattern of marketing would also change. As rural penetration increases, the rural markets would command more and more share of the overall FMCG space. Though the urban markets are growing too, the incremental addition in consumers / households is much more in rural space as compared to urban markets.

According to an article in Mint, posted a couple of months back, not only have the media investments by FMCG companies moved towards rural India, but also a larger piece of the cake has started coming from the rural belt itself. 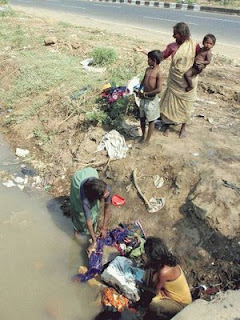 Rural India, mostly termed as “high opportunity” market, is no longer just an opportunitiy, but is now yielding results. As the article mentions, “180 million rural and semi-urban people’s attention has already been diverted towards FMCG products, according to latest estimates released by industry chamber, Assocham” and why is that? “In the first nine months of current fiscal, FMCG’s ad budget witnessed an increase of nearly 20% to promote FMCG products which is influencing and motivating the rural youth to consume higher volumes of such products.”

But are more media investments and greater rural contribution connected? Well, one could attribute that to media. But then there is also a bigger reason, which seems to be more pragmatic in the given circumstances, and that is, the REACH. Reaching to those 6-lakh odd villages has always been the biggest barrier, and this is something that is now being overcome by most of the giants now. With each of them following their own models, distribution has been the focus to tap the rural consumer’s big fat wallet, which is gradually paying out.

As per my limited understanding, media was always there. The same consumer watched most of the TV serials his urban counterpart did, witnessed the same ads his counterpart skipped, and aspired for the same things/people his urban brethren did. The only difference was – he never could / intended to purchase those brands (which he thinks are products). 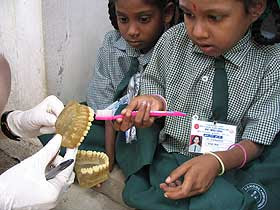 Translating those aspirations into purchases, to me, has been the biggest success in the rural markets today – and that is the core reason for this change of pattern. More so, when patterns move to trends, one can safely assume that half of the work is done.

And what are these trends?
– Market for FMCG products in rural India is estimated at 52% & is projected to touch 57% by end March’08
– In semi-urban segment, present FMCG market size is around 19% and is expected to scale up by 6% to touch 21% by end of current fiscal

What is a positive signal is that the churn rates are much lower in rural markets as compared to their elder brothers sitting in the top class towns, which is a good indicator for the organizations. Once added, their likelihood of sticking to you is far greater that what it is in the urban space.

What remains to be seen is the impact of media on these consumers, and if, with the changing trends, if the low churn rates would also show a different direction. 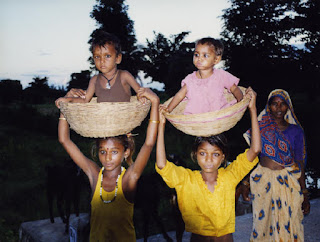 Incidentally, it is not just volumes we are talking here – because of the numbers, the overall value contribution has exceeded the urban contribution – “Domestic FMCG total size in terms of volume is currently $15 billion, of which $7.9 billion is rural contribution as against $4.2 billion of urban and metros while $2.85 billion is semi-urban FMCG market”

Lastly, something to chew on … Most of us have a perception of rural as presented in these pictures. Is this always the case? Does Rural mean poor all the time? As the article mentions, “Over 70% sale of FMCG products is made to middle class households and over 50% of middle class is in rural India.”

So, as long as the growth in coming from “consuming” those consumer goods (and not the way I had mentioned sometime back [Sales sans Marketing in Rural India]), more and more rural consumers are finally coming out and re-purchasing those brands, spurring a growth in the overall FMCG space.

Still wondering if rural India is all about Farming and Cows? 😉