Is your share price increasing? Maybe it’s because your CEO blogs!

Well, for those of you who are humming with a nod in agreement, here is something that should keep him occupied finally – make him blog!

Today, when we talk of the CEO – he is the person who essentially drives the business or leads the drivers of the business, ensuring complete employee satisfaction and optimum utilization of the processes and resources. Naturally, he is at the helm of the organization, and therefore, his word, his inputs and his perspectives, would represent the orientation of his organization as well. So, a representation of the same in the online world – essentially blogging, would be of interest to anyone interested in the business of the organization as well!

In an article in the Times dated 8th August, Playing Footsie with bloggers, Bernhard Warner talked in detail about the impact of a CEO talking in the virtual world.

Any stakeholder would ideally give a lot of credibility to the top notch of the organization, than a “global” word from the communications department. Be it investors, fund managers, customers, suppliers, shareholders or employees, the level of clarity and transparency in the system is far greater when the chief executive talks openly. What he talks and how much he talks is a secondary issue which can be discussed later, but one thing is certain – the credibility increases the moment he talks – just talks!. 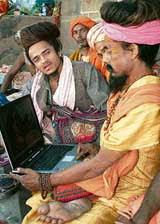 More so, most of the blogs are person-centric, and not necessarily community centric. Hence, a CEO blogging would naturally entail a person-centric approach of enhancing organizational credibility. As mentioned in this article, “a company that embraces the openness and transparency blogging brings, will enjoy a competitive advantage over a company that doesn’t”

Bernhard also compared CEO blogs vis-à-vis Corporate blogs, which, according to him, are mere extensions of the marketing department. Truly so, most of the Corporate Blogs focus more on PR and online presence, than on quality communication per se. For them, the stakeholders only comprise the Customers and no one else.

What, then, does the CEO talk about? The relevance of new ideas, their applicability, a competitor analysis, future outlook, current issues, apprehensions, market forces, business practices and current industry orientation are pointers that any stakeholder would look forward to. So, any flavor of any of the above would definitely be relevant and purposeful in the online as well as the offline world. 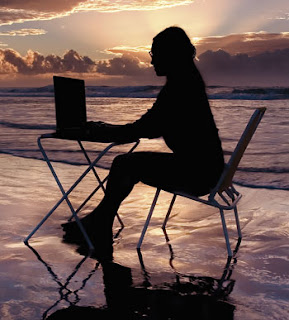 Fine. So you made your CEO blog and your managed a strong PR and good credibility in the market with whatever he could contribute. Now, what do I do with this?

It might just be a hobby or an interest of the CEO who has a flair for writing, or it might just be another PR gimmick. But considering all possible exceptions – under normal circumstances and in plain simple terms, “Is this helping my business at the end of the day”?

As has been put nicely in the article – “Any long-term investor would value a transparent chief executive. But, of course, honesty and openness alone are no guarantee for job security. The leader of a listed company is judged of course by share price, not trackbacks and RSS subscriptions.”

Rightly so, there has to be some tangible return from the time investments a CEO makes in writing. And yes, there is! According to the study conducted by Bernhard, 7 out of 10 companies witnessed their share prices go up since the company began blogging! That’s a direct 70% hit rate! 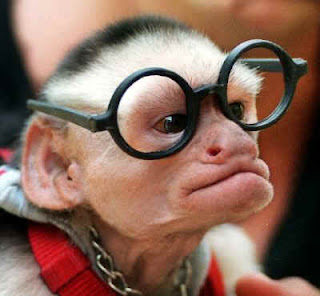 Obviously, the others in the company were also doing something all this while. So, the share prices are not just because of blogging. But still, even though there is no direct equation that a CEO blogging would entail a rise in share prices, it also doesn’t hold completely invalid. Inference? Simple. A CEO blogging has an advantage over a CEO not blogging!

Final quote from Bernhard’s piece: “A host of studies show that investors are more loyal to companies that adopt a straightforward and transparent tone with all stakeholders, from investors to customers. And blogs, if they actually say something, can have an impact on managing investors’ expectations, which is the only true way of capitalising on positive news and minimising the toll of negative news”

So, finally, there is some task defined for the CEO, which he HAS to do himself (as of now!) 😉

The sampling included 10 companies – Reuters, L’Oreal, Sun Microsystems, Rediff.com, Ducati Motors, General Motors, Benetton, Boeing, Southwest Airlines and Marriott International. Headquartered in India, London, Paris, Milan and the United States, each company has been blogging for at least six months. Shares in seven of the ten firms are up since the company began blogging.

For a list of some of the prominent CEO blogs, you can link to this site. Feel free to share more if you want to!