All you need is “Luvs” – but All you get is Controversy!

Such is the power of a tune…a jingle in an advertisement. Any marketing 101 book would tell you that one of the key brand elements critical to any campaign is the jingle – a background tune that enables a strong brand association and recall. As a marketer, one would ideally want a tune that sticks to the consumer, such that it acts as a cue for her future purchases, and keeps his product high on recall.

Wikipedia defines a jingle as “a memorable slogan, set to an engaging melody, mainly broadcast on radio and..on television commercials. An effective jingle is constructed to stay in one’s memory .. the best jingles could stick with a consumer for their entire life.. People still retain lingering brand loyalty to companies that are no longer in service, all because of one well-crafted tune”

Such an effort of retaining brand loyalty was made by Saatchi and Saatchi, when they created the “All you need is Luvs” Campaign for Procter & Gamble’s diaper brand, Luvs.

All You Need Is Luv’s – video powered by Metacafe 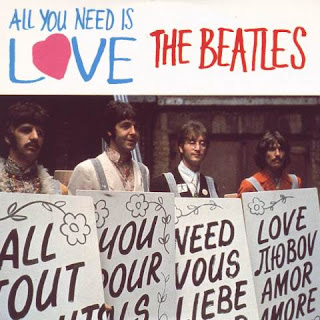 Any rock fan (or even friends of rock fans!) would recognize the background song – the famous ‘60s number “All you need is Love” from Beatles. The song was meant to be a tribute to the world, and had a different meaning when it was released. So this time, when it is featured in a diaper ad, does it offend you? Do you feel agitated about a number of your favorite band being used for a diaper Ad?

If you are a smart marketer, passionate about your brand and focused towards ensuring “recall”, chances are you would not be bothered. However, considering that some topics are sensitive in nature, and the song was inspired by the Vietnam War, there is a possibility of hurting someone down the road. As articulated at Adrants,
..”if you’re going to use “All You Need is Love” to push diapers, expect to be swathed in shit”

Yes, to a certain extent, it is valid. There are some fans, who did get offended, and have raised concerns over it too. Have a look at a recent article in the Times of India that gives a flavor of the sentiments of the fans. 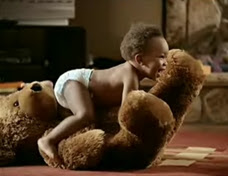 But, this is not the first time that Beatles have inspired the ad makers. Beatles’s numbers have been used for Advertisements before, but not in such a direct controversial manner. More so, there are emotions attached to the Vietnam war, and the current Iraq war is akin to the conditions in Vietnam.

Since this song was inspired by Vietnam, some believe it is pertinent to the Iraq war as well. And with such emotions attached, if one tries to leverage it for diaper brands, they are bound to face some resistance!

And what are the marketers saying? Brandweek reported the comments from Saatchi & Saatchi’s Account Manager, Mark Rolland – “The song helps us break through the diaper advertising clutter and simply communicate to moms that Luvs diapers are ‘all you need’ to keep your baby happy” 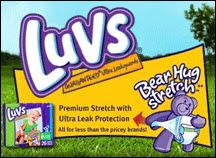 According to Promo Magazine, the song plays an important role in creating a stronger connection to the Luvs brand and awareness of its core benefit – leakage protection for less (Mark’s comments).

According to the article, the campaign is designed to offer a fresh approach to keep the brand relevant and top-of-mind with mothers.

Indeed, the Ad not only has reached the moms, but has reached few others too. Has it overstretched its “Clutter-breaking” attempt, or is it just another manner to get high recalls? Would this campaign follow the “Benetton” Advertising strategy of controversial advertising, or should we take this as an exception? I guess the coming month or two would be worth tracking the responses! 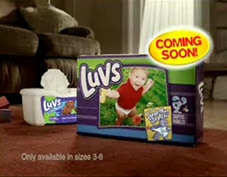 The campaign is not only restricted to National Television, but also features in DTC samples, a Net campaign, coupons and in-store displays and would move on to the next phase of their campaign in February. Wondering what “All we would need” then? Or after the Beatles fans, would it be the Elton John fans, when they hear the next one from Saatchi and Saatchi with the moms asking their kids…..”Can you feel the Love tonight?” er…Luvs did you say? 😉