The Advertiser and the Consumer – Breaking up!

AdvertisingcreativeOnline
Puru Gupta -
02:28
How would you describe the relationship between Advertiser and the Consumer? A romantic couple flirting with each other or an irritated couple not getting along at all, ready to separate..

A recent campaign on this “Break up” personifies this very relationship, and wonderfully articulates the differences cropping between them. Have a look ..

So, what exactly is the issue? – Agencies don’t realize that there is a problem and consumers don’t think that there is a solution to this problem – so most of them don’t speak up. It simply reflects in the results!

The campaign, titled “Bring the love Back” addresses the first part of the issue – the disconnect between the consumer and the advertiser – how they do not get along, how the advertiser does not understand the consumer, how he simply assumes that what he is and what he is doing is simply the best, and cannot figure out why the consumer does not like it….and how all this culminates into their separation – their break-up!

The creator of this campaign, Geert, Trade Marketing Manager at Microsoft, writes a regular blog on this campaign – Bring the Love Back. A downloadable presentation (movie.ppt) on the blog gives the background and plan around the campaign. According to the presentation, this new campaign by Microsoft addresses the evolving role of the new media and attempts to answer “how does a brand have to communicate in order not to lose its consumers?”

Microsoft sees a strong potential in the new media and its role as the key player in this media. The action plan – first tell the consumers about the need, and then step forward to tell them that you can best address those needs for them… 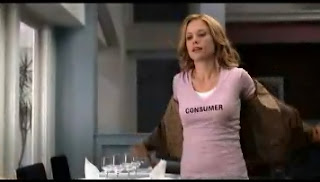 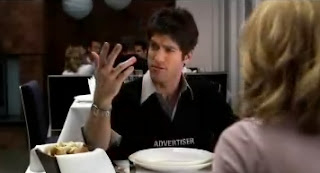 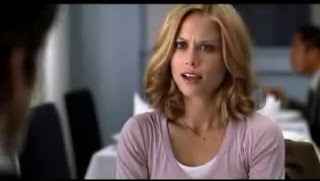 According to the presentation, Microsoft plans to communicate at two levels – first create awareness and then substantiate the claim with relevant case studies and roadshows to keep the consumers involved, and engage them with Microsoft’s digital solutions.

The reason for choosing such a mode to articulate the point was to symbolize the personal communication between advertiser and consumer and demonstrate the expressions and emotions behind this communication.

The next step for Microsoft – articulate its role as a critical player in the new advertising age, by leveraging the awareness created through the campaign. As the presentation mentions, in response to the question “How do we make sure that we talk the talk and walk the walk?”

“The movie has to make the claim, then its time for the proof: cases, cases and again cases. Showing how you can communicate effectively and which role Microsoft’s digital media can play here. This is about roadshows, seminars, presentations and cases. To do this we will built a strong engagement plan and roadshows.”

Undoubtedly, the campaign delivers the intended communication and engages the consumer into identifying the voids in the new advertising world. What remains to be seen is the manner in which Microsoft translates this communication into a business opportunity and reinforces its command in the Advertising world.

Kudos to Geert for a simple, yet effective campaign. As mentioned, a series of this commercial would follow. What’s next? A 6’5” versatile hunk, who flirts with the consumer and engages in an emotional dialogue? Or two consumers who keep talking to each other about this guy they found?

Though I have limited ideas, would look forward to the next one in line…or should I say, the “Make up”! 😉

[Via Experience the Message]

Picture the subtle messages communicated through some parts of the conversation –