Viral Marketing is passé ….its time for Big-Seed Marketing!

HarvardNew world marketingViral MarketingWOM
Puru Gupta -
06:40
First, the 4Ps were proved ineffective, and the 4As emerged. Then, ATL activities were replaced with BTL focused media houses. Brand elements changed and Experiential Marketing was the new way to market; Sensory branding became far more significant than before. Then, AIDA was proved ineffective and Engagement Marketing Emerged….now it is the turn of Viral Marketing….and Big Seed Marketing has emerged. Are the New world marketers reinventing the wheel, or is time to change the whole vehicle itself……

Viral marketing, stated simply, is marketing done the viral way – message that spreads like a virus, and need not be provided a channel or a direction – it takes it own direction/course. No planning, no media exercise, no creatives and no briefs… minimal budget, maximum reach…well that’s every marketers dream, and fantasy, so to say! 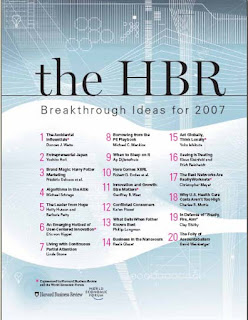 This perspective is based on an insight from a pointer published in the February edition of Harvard Business Review – “Accidental Influentials” by Duncan J. Watts, part of one of the best ideas for 2007 – The HBR Breakthrough ideas for 2007 – copresented by HBR and the World Economic Forum

Previous theories state the significance of “influencers” who influence their local communities, who in turn influence others and the communication channel that ensues, influences the purchase decisions of the consumers. Thus, the effort of the marketers is focused on locating and invoking these so called nodes through which communication is transmitted, and then passed through. However, Duncan Watts argued this theory stating that influencers are not that significant, and it has more to do with how receptive the influenced are, and the degree of correlation between impact of the influencer and the impact on the purchase decision. 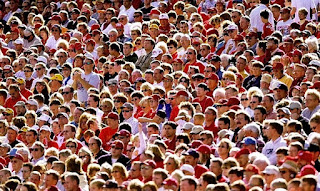 Incidentally, this is quite similar to the theory on Word-of-mouth by Andrea Wojnicki that I had discussed in January last year, where Experience of the person and Satisfaction Level in terms of congruence between expectations and deliverables are the two parameters responsible for an effective WOM. This works along with the Self-concept.. [Please refer to the entry “C2C Communication – Why Consumers get into Word-of-Mouth Marketing” for more details]

Thus, the whole concept is accidental and one cannot generalize the condition of cascade effects due to influencers. It ends with the recommendation that investments should be made in people and social networks rather than influencers. A nice concept ideated by Duncan Watts and Peter Dodds!

Taking this forward is the latest commentary in the May Edition of Harvard Business Review, in the article “Viral Marketing for the Real World” by Duncan J. Watts and Jonah Peretti. According to this piece, a new concept is suggested….big seed marketing, which is, a combination of viral and planned marketing and promises to be a far more effective manner of communicating desired messages than simply viral marketing.

The logic is simple: If I pass my message to 1 – he would pass to 2 – those 2 to others – the reaction would spread like a U-235 process (those who remember their chemistry -nuclear reaction) – however, it is a quite risky assumption, since if it is blocked at one channel – the whole communication collapses.

Alternatively, plant a big seed, so that even if the number of messages passed are less than 1 – following a Geometric progression of infinite series – the sum would be [a/(1-r)], where a is your initial seed, and r is the fraction of people you pass the message to. So, even if r is 0.5 (2 people pass the message to 1), you still end up with double the initial seed! 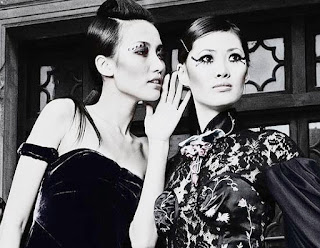 Simple yet effective logic – point to be made – Plant a big seed, and then don’t worry about the reproduction rate or the burnout – the final number is bound to be huge!

Incidentally, this is the very basis of how movie marketing is done – planting a huge seed by creating a buzz around. Others setup a social network (with regular injections of communication) or support system in the online space, which is the biggest and the most effective platform to initiate a seed – reaching the critical mass at the fastest speed possible!

As Duncan mentions in his article –
“Although our notion of big-seed marketing lacks the mystique of truly viral marketing, it is straightforward to implement and can reliably improve advertising yields at low cost. Equally important, because big-seed marketing harnesses the power of large numbers of ordinary people, its success does not depend on influentials or on any other special individuals…” Read the article for key insights and great illustrations to reinforce this assertion. Definitely, something to look forward to in how companies plan their viral campaigns from now on …. Would they plant a small seed and watch it grow on its own…or put some effort by planting a big seed and give some water to it?

…Hopefully, the New World marketers would show the direction and provide practical applicability in their marketing programs…..

So, coming back to where we started from…..Are the New world marketers reinventing the wheel, or is time to change the whole vehicle itself……
Well, for now, may as well keep holding on to the wheel till the next concept arrives….. 😉