China is there in almost every 2nd line of news pieces when it comes to global businesses. Rightly so, with a growing middle class, rising income levels, low costs of production and more than 10% annual growth – the package would lure any investor today. Lately, this attention is being focused on the emerging China, where more than three-quarters of a billion people reside.

The article, titled “Developing a new rural payments system in China”, by Jan Bellens, Chris Ip, and Anna Yip, highlights the importance of accessible payment system for the rural regions of China, where more than 750 million Chinese reside currently. Lack of payment gateways, high costs involved in setting up additional ATMs and lack of awareness of cashless payment systems limit the current spending patterns of the consumers, and the entire value chain following that.

By leveraging existing technology and infrastructure, the costs incurred would be far lesser, and cash transactions would reduce. Tagging it a cheaper alternative as compared to models being deployed by other nations like Korea and Japan, where mobile phones are used as credit cards and other utilities, the article suggests a far more simplistic solution of messaging services.

“An SMS-based payment system, aside from its lower cost, is versatile and ubiquitous. Users simply send an SMS message specifying the mobile-phone number of the payee and the amount to transfer, along with a personal identification number. Within seconds, the payee receives both a confirmation message by SMS and the money in the designated account. The payer receives a confirmation message.“ 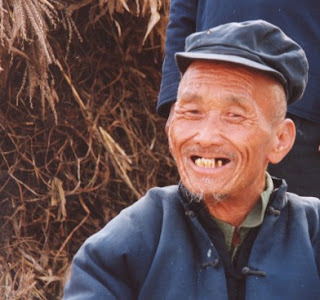 Cashless transfers and transactions are much safer, convenient and an ideal mode for the millions of migrants who send money back home regularly. Consumer base would also be enhanced for the banks, who could then rope in their loyalty network around this base.

High penetration is being predicted by Mckinsey through this innovative system. Looking ahead, a lot of marketing programs could be initiated through this integrated network.

However, on the flip side, the sensitivity of the data through SMS and at the same time, getting marketing messages/calls on the same network, might not go well with all the consumers. More so, though the SOEs are well respected and known in the rural circles, an initial apprehension and distrust would definitely be the biggest impediment for the providers to overcome.

Nonetheless, an innovative step indeed towards reducing the wealth gap and encouraging rural spending. As the article says, “By teaming up, banks, mobile-phone operators, merchants, and regulators could go a long way toward unlocking more spending by Chinese consumers”

More details can be taken from the article. A version of this article was originally published in the South China Morning Post on March 31, 2007.