Skip to content
I spoke about Advertisers and the level of creativity they demonstrated. Well, maybe, one cannot generalize this for the industry per se, since there are some works that get redundant and duplicated with time.

On one hand you have the campaign of Sherwin Williams, and on the other you have a similar, but “Indianized” version of the campaign for Nerolac – the young couple is replaced with an old man…abiding by the “moral” code that is so much in talk lately… 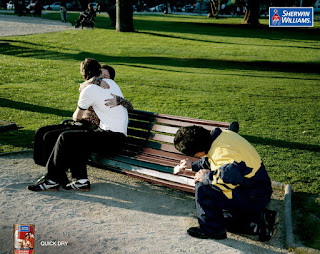 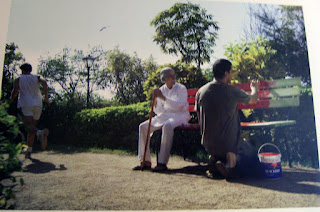 Though Sandeep claims that it is totally incidental, I have limited knowledge of how the copyright industry works….and I just hope that some of the neophytes didnt interpret it in a different sense….that all it requires is to “copy Right“!!

Following are other pieces of the two campaigns…