Engagement MarketingOnline
Puru Gupta -
05:12
A nice article in imedia extends the previous theory of consumer engagement, and the emerging power of the consumer. Its stand: Consumer decides the manner and level to which she interacts with your brand.

Fair enough. I had earlier discussed the new model of Consumer Engagement, and the 4 types of engagement that are part of the consumer decision making process. Thus, as part of evolving into a co-creative environment along with the consumer, a critical stage is the first one – media engagement, i.e. the relative preference of one media over the other sets a platform, and engages a consumer to a particular set of media [Consumer Engagement]

This is being witnessed strongly in today’s more media-proactive environment, and through user-generated sites like YouTube and MySpace, consumers are loyal to these forms of interactive media in which they can create and express their identities, engage in community environments and tap into brands for information or entertainment, on their terms. [Source: imedia]

As discussed in the article, Maria Mandel, partner, executive director of digital innovation for Ogilvy, explored effective vehicles for brand building and touching/engaging the consumer… 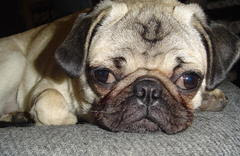 Firstly, one needs to build a story, a story which integrates the communication that goes out to the consumer from various media – a single story that not only communicates the message effectively, but also sends a single story; Secondly, she recommends marketers to reach the forums or places where consumers are already engaged to the media, identify the potential consumers, and based on their understanding – offer products/services to them. For instance, Second Life is a platform that should be leveraged strongly by companies. Finally, C2C space is the strongest platform for engaging consumers. An example cited in the article is that of the Dove spot, Evolution, which was highly successful at You Tube. Have a look at the campaign, which sends out a strong signal by breaking the clutter of beauty campaigns. The campaign has also been debated over at imedia.

Thus, the manner in which one can get consumers to engage with your brand – get them what they want, through the media they are engaged with in a language which they like to listen to, and make them talk about your brand.

Pretty simple, huh? So, which are the media with which Indian consumers are engaged with? 😉

Updated on 28th April’07
Saw this piece in response to the Dove campaign, which reflects “slob evolution” …campaign against Real Life!! Excellent piece of work as far as the details of replicating the campaign are concerned. Have a look..

So which side are you on? 😉