Social Marketing
Puru Gupta -
13:32
I have earlier discussed campaigns on children – either to push them out of begging or on Child Labor. Here are some more campaigns on homeless kids.. 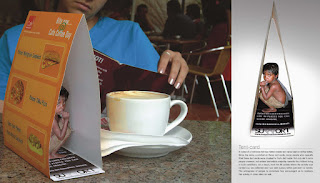 A thought provoking campaign by Everest Y&R was executed in Mumbai in some food outlets. Termed “tent-card”, the ambient entails a child sitting inside the menu card kept on tables, and reads “Over two lakh children live in places you can never imagine.“

A brief provided on the ambient…
“A cutout of homeless kid was hidden inside tent-cards kept on coffee tables. Since the menu is printed on these tent cards, many people who casually lifted these tent cards were shocked to find a kid inside. Not only did it catch people unaware, but evoked immediate empathy towards the children living in such condition. As the result, from the 54 outlets where the activity was carried out, we collected over two lakh rupees within just over six weeks. The willingness of people to contribute has encouraged us to replicate these activities in other cities as well.”

Some other campaigns in the print media (magazines) on Homeless Children – wherein the environment change for children is presented by flipping the magazine pages…Have a look.. 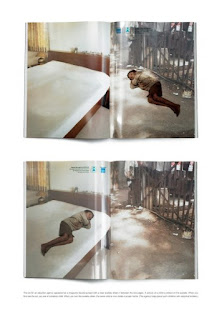 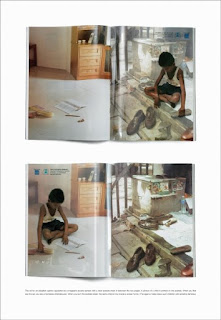