Uncategorized
Puru Gupta -
05:58
What happens when Marketers overuse their understanding of the Ps of Marketing and give importance to an altogether redefined set of Ps – Perception, Promises, Packaging and Pills?

Sometimes, when Marketers are too much focused on the topline, they tend to overpromise and underdeliver, .. That’s when the black side of Marketing, termed as “Deceptive Marketing” evolves..

This is what US Federal Trade Commission (FTC) has attempted to do, when it fined marketers of five weight-loss supplements – Xenadrine EFX, One A Day Weight Smart, Cortislim CortiStress and TrimSpa. The Settlements, which total $25 million in cash and assets, do not declare guilt but do include provisions prohibiting future advertising claims which are insufficiently supported and backed by scientific evidence.

The firms that have been fined present a fine picture of where marketing is heading today – instead of facts (researched facts, to be precise – since facts also come in various types now!), marketers are banking on Testimonials to build credibility and incentives to push sales – It might be a cliché, but marketers are indeed selling hope – making promises that reinforce and massage that hope to consumers and lure them into buying their brands. 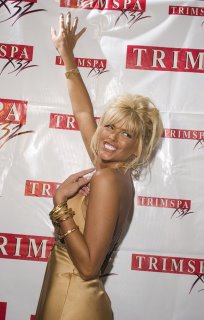 Consumers, though discerning, do not bother much about facts anymore. Merely “perception of facts” is good enough, so to say. For instance, TrimSpa used Anna Nicole Smith to endorse the brand – She claimed that she lost 50 pounds in under nine months! Obviously, since it was ANNA Smith, they had to believe her. Argued FTC Chairman Deborah Platt Majoras, “Testimonials from individuals are not a substitute for science, And that’s what Americans need to understand.” [Source]

Another brand, Xenadrine EFX Advertisements claimed of rapid and substantial weight loss, and that too, achieved solely via Xenadrine EFX use, when endorsers, who were paid up to $20,000, actually engaged in rigorous diet and exercise regimens. [Source].

Similarly, CortiSlim and CortiStress were charged of false and unsubstantiated claims of weight-loss and decreased risk of various health conditions

Bayer, apart from weight control even promised increase in metabolism, which, according to FTC is not substantiated with relevant proof. Incidentally, the Bayer settlement is the biggest civil penalty ($3.2 million). Though Bayer contended the decision, justifying that its marketing was accurate, the contention, too is unsupported…

There are some obvious fallouts of such claims – the most dangerous being the confidence of consumers on these supplements. With such claims by marketers, it won’t be long when consumers would treat their dependency on pills and its medication as a panacea for all their problems, and forego diet control and exercise programs. Any medication needs to be supplemented with diet control and regular exercises also, and FTC reiterated the fact too – “You’re not going to find weight loss in a bottle of pills,” said Majoras, while cautioning the estimated 70 million Americans trying to lose weight, according to NineMSN

As the name suggests, the pills are dietary supplements and not diet per se, and its high time that consumers realize it too. No matter how much regulation and control the FTC exercises, no matter how much punitive judgements are passed against the Marketing companies, no matter how many celebrities are confronted with giving incomplete testimonials – the truth is that – Advertisers would continue selling hope, Advertisers would continue selling promises – until there are consumers sitting out there willing to buy them….and FTC does not figure in their dreams anywhere!!

Information to FTC was partially supplied by National Advertising Division (NAD) of the Better Business Bureau (BBB), which worked in collaboration with Council for Responsible Nutrition (CRN) for monitoring advertising claims for dietary supplements