Uncategorized
Puru Gupta -
18:04
Long back, I had written a new and innovative ways of marketing music – through innovation in the distribution channel and creativity in branding. That time it was Putamayo, this time it is Miramonte Records…

If Putamayo tried playing its world music in the retail outlets and restaurants, another music company, Miramonte Records, is trying newer ways to promote country music – by creating music and promoting those who would promote that very music!

Specifically, the company, in its latest record “Destination” by Danny Griego, has produced a music video “Wal-mart Girls” and is promoting it big-time on the name – NOT because the girls the video features are from Wal-mart, NOT because the women shop regularly there, NOT because the song is dedicated to the women who visit the retail store – for that matter, the girls have NOTHING to do with WAL-mart per se. It is simply a matter of promoting the brand using the “Wal-mart” tag. 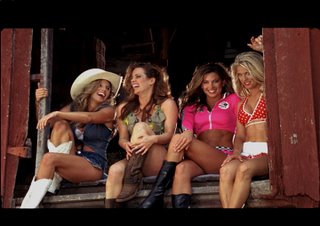 According to the Adage article “Danny Griego Marketing Blitz Isn’t Sanctioned by Retailer”,
“This is no Wal-Mart-sanctioned TV commercial. It’s a spot paid for by a music label to promote a new single by country-music artist Danny Griego.”

The promotional effort is channelized in routing traffic to the website exclusively made for the single “Wal-mart Girls” – walmartgirlssong.com. The attempt is to build the buzz around the title for couple of months, till Feb. 14, when the album is scheduled to be released! At the same time, distribution channels need to be strengthened and visibility enhanced.

And How exactly does the company intend to do it? You can call it a unilateral co-branding effort by the producer or conscious environmental selection :), where it is an attempt to leverage the credibility of the retailer for its own production distribution. On top of that, it is going aggressively on PR by enhancing visibility in the social media (MySpace) and screening the music video in theatres. According to recent findings by Hitwise, MySpace is a strong driver to route traffic to online retail stores, which is why any presence in the networking space is crucial, if not imperative!

One significantly visible method is mollycoddling the retailer with chores of praises for the women employees…Part of the lyrics read…”They can cook, bait a hook, skin a deer or twist the top off a Mexican beer … There ain’t nothin’ in the world like a Wal-Mart girl“. The website relates the two – “The song itself stands on its own as Danny turns phrase after witty phrase raising the bar and setting the standard for what every good man looks for in a woman…no frills and available at your local Wal-Mart!!“ 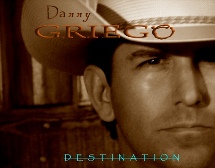 Though it might seem to be a win-win situation for the retailer as well as the record company, there could be potential issues attached to it as well. For instance, customers might start comparing the song attributes and characterization with their realistic experiences in Wal-mart; they could perceive the music video as an in-house production or PR activity for Wal-mart; some might even take the video to be a Wal-mart endorsed one!
Am sure the management would have thought of these aspects of the Marketing activity, and would act appropriately.

The song might be praising the girls of Wal-mart (nothing new though, so does Playboy!), but if this is an effort to earn some brownie points from the Retail Giant, will have to wait and watch…..who knows what is Danny Griego’s “Destination”? 😉