Uncategorized
Puru Gupta -
01:31
Been ages since I wrote something. Something or the other kept me occupied. Am sure generations of blog-tourists would have come and gone. Though I have enough to self-justify for this absence, there’s no point in harping over it since it seems to be irrelevant and out of context at the place!

A few days back, I came across an interesting piece in Pune Times that covered a rising trend – a trend that has entailed an emerging psychographic segment for the Tourism Industry – a trend that would evolve and be reinforced with the changing consumer mindset and maturing economy – a trend of women preferring to travel “solo” as independent tourists!

According to the article “Go Solo!”, Indian women are beginning to explore the country and outside on their own, in their own ways, on their own terms!

“TILL some time back single women exploring the world on their own was a rare thing. In a country like ours where holidaying with the family is a norm, traveling for pleasure was not something very common as far as women were concerned. But now the trend of women traveling alone is picking up with lots of young girls, middle-aged and even aged women traveling on their own. And travel agencies too are coming up with special travel packages for such travelers.”

Special ladies-only packages have been designed for South East Asia (Singapore, Mauritius, Thailand), Europe (Switzerland, UK, etc) and India, and are getting pretty good response from the target segment. 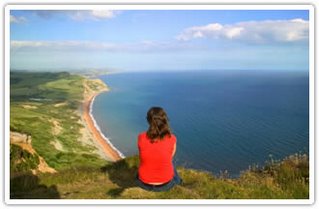 Primarily arising from the innate need of expression of freedom and independence, the Indian woman has decided to move out of the bounded family circle, and venture into a free independent world. Unfortunately, most often, “independent” becomes equivalent to a single woman and carries a different connotation in the typical Indian mindset. Incidentally, this is a perception which is shared in certain other European nations (like Italy) too. Will be discussing this a bit later

With increasing awareness of the world outside, greater proportion of working women, and rising disposable incomes, the trend is gradually evolving. Positioned as “Self-gifting” by most travel agencies, traveling entails certain derived values for women – some explore greener pastures, some explore challenges while some simply take it as a means to escape their monotonous routines and social rut.

Another trend is that although there has been an increase in the number of women willing to travel, the majority of women want to travel in groups. Age, too, is no longer a concern, with agencies getting reservations from 20-year olds to 66-year olds. Although this seems to be a recent trend in India, solo women travelers have been a specific segment in the US and Europe for long. 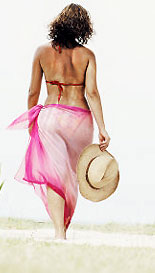 However, it isn’t all rosy and exciting proposition entirely. There are definite risks attached to solo women traveling, the most important ones being theft, harassment and loneliness. In fact as mentioned at Travel Sense, American Society of Travel Agents (ASTA) has actually documented the steps to be taken by solo women before traveling. Some of them have been reiterated by transitions abroad.

Though most of these are logical enough for a sensible travel planner, sometimes essentials like deciding clothes based on the local social environment or adopting a more introverted approach in the rustic areas are ignored, leading to unforeseen events. Nonetheless, the roadblocks by no means discourage solo traveling, and workarounds are always possible. As detailed by one of the tourists visiting Delhi, ladies-only queues and seats came to her advantage! “There are ladies-only lines at train and bus stations, one advantage that I found extremely useful to avoid standing in long lines, and getting the best seats on these transportation media”

To add to that, there are some really interesting tips I read regarding solo travel. Have a look – a nice read for sure:

Incidentally, I managed to read an interesting thread for Foreigners planning to visit India – some handy tips by experienced tourists, their stories and suggestions – a must read for first-timers to India 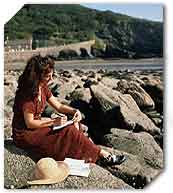 On a serious note, this global trend, termed as “feminization of migration”, has emerged in India as well, reflecting the changing attitude and the face of the Indian Woman. One can no longer typify an Indian woman as a “shy housewife with her face covered, clad in sari, and standing in the shadows of her husband”. It has more to do with self-expression, greater confidence and being more proactive in her approach. She is not only receptive to and reflective of the social environment around her, but also assertive and adaptive to change – a change to which she herself has largely contributed to.

Some food for thought for travel agencies and package designers!