Uncategorized
Puru Gupta -
15:49
It’s been a while since I wrote about something. Have a few pending subjects, but need to delve a bit more before I post them here.

For now, I read about this interesting campaign at Ad Punch by McCann Ericksson for their client Nestle Romania (Brand Maggi). . This campaign recently got shortlisted for the Golden Drums Awards 2006. 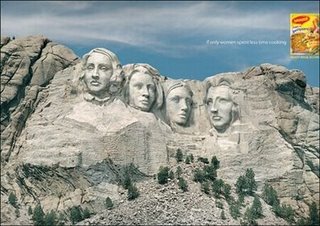 The theme of the campaign reads ‘if only women spent less time cooking’, and reflects the places women could reach, beyond the kitchen. Undoubtedly, very good execution, but the concept per se does not seem to be too appealing. For one, it reflects a strong gender stereotype. Though the creatives include popular male-dominated reflections like Godfather, Tarzan and Mount Rushmore, the “connect” is missing, somehow. How does spending less time in cooking relate to being Jane, or Godmother, or for that matter, the President of the United States?

However, all said and done, it does entail a good recall and has a strong “entertainment” value, and is a well-deserved contender for the Golden Drums Awards. 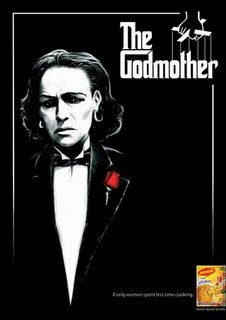 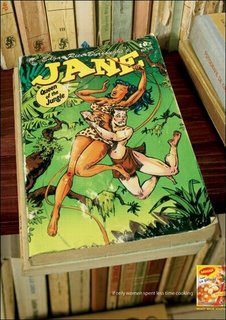 Talking of the Brand Maggi in Romania, the agency responsible for Nestle in Romania, McCann Ericksson has been aggressive consistently in the Romanian Market. Last year, it launched the “Cook from the bottom of you heart!” campaign for its client Nestli, where every flat was appeased to put a heart-shaped sticker with a “Maggi” logo on their window, in order to win a prize. 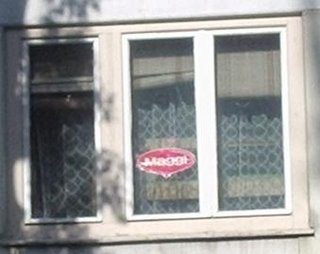 According to an article last year “Free Advertising” at Yo MaG In this campaign, Almost everyone living in 40 selected cities of the country received stickers in their mailbox, representing a big red heart `Maggi` and were asked to stick it on their window. A “Maggi Patrol” traveling through 40 cities of the country rewarded those residents with 200 euros those who had a Maggi heart on their window. For every Maggi product they had in their kitchen they received another 50 euros, up to 1000 euros!

Worked well with the kids, and in turn, their families! Kudos to the creative team at McCann Ericksson. Innovative concept indeed.

Ironically, this campaign reinforced the fact that women spent more time in their kitchen, sticking Maggi logos, so that they could win prizes.

Now, may I ask “What if women spent less time cooking?” 😉