Uncategorized
Puru Gupta -
02:20
A new wave of telemarketing is getting a lot of attention in the Australian Mobile market and annoying a majority of mobile users in Australia. Termed as “Missed Call Marketing”, it is the practice of giving a missed call to mobile owner, who upon seeing the “missed call” notification would perceive it to be a legitimate call and ring back. On ringing the number, he/she would hear a recorded promotional message. 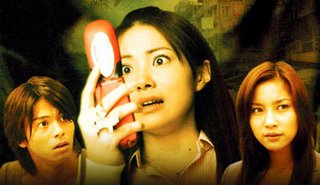 There is a debate going on these days at various forums over the classification of ‘Missed Call Marketing’ as Spam. Some relate it to email spam which includes link to an unknown website. Some others believe it is an “abuse” of people’s trust. So much so that people in Australia have preferred not to call back to an unknown number. Bad luck for the other telemarketers as well! The Australian Communications and Media Authority believes that it is spam and is scrutinizing whether it is in breach of the anti-spam legislation [Ref: Textually]

What is the promotion all about?
According to smh.com,
If you call back the number, which is Sydney or Melbourne based, you get put through to “Simon” who, in a chirpy, pre-recorded message, says: “Did I just call you? Then it is your lucky day today as you’re a winner and you’re about to collect your personal mobile content gift with the value of at least $40. And that’s not all. You might also win up to $10,000. Congratulations.” 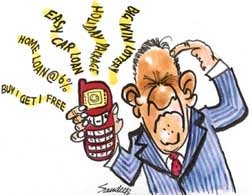 Seems to be a lucrative offer and a good deal for sure. But listen to this – To collect your “gift”, which includes a range of mobile phone ringtones – you have to ring a premium 190 number charged at a minimum $2.97 a minute. To get the content, it takes almost five minutes, or about $15 worth of call time!

I wouldn’t call it something less than spam..

On the other hand, the company responsible for it, DC Marketing does not believe that it is a scam. It says the missed-call marketing technique does not breach any Australian law, code or regulation, including the Spam Act.

Justify the owners – “This has been used in Europe and also Australia for a while and is considered a soft telemarketing approach. Opposite to other telemarketing concepts, all the concept does is leave a caller ID on the display. People then can call back the number at a time that is convenient to them, and they are not interrupted while having dinner, or getting their kids to bed. On calling back, customers can listen to the pre-recorded marketing message, and if they do not like the offer, they can simply hang up.“

More so, it claims to have given away more than $1 million worth of free mobile content and that complaint rates are “very low given the size of the promotion”. Australian authorities say DC Marketing runs its competitions legitimately and pays out all the prizes on offer.

Convenient statements to wash off your hands! But the fact remains that little can be done to avoid human curiosity and general etiquettes. Returning a call from an unknown number could be out of general curiosity, or in most of the cases, simple courtesy. In such circumstances, company is breaching someone’s trust and leveraging human curiosity to find out about the unknown for their marketing concept.

More so, since the demographics of mobile owners is spread across all age groups, right from 11-13 year old kids to 70-year olds, missed calls like this being made to potentially vulnerable consumers like Kids, tourists and housewives is NOT good a marketing practice, and would definitely tarnish the brand image of the company.

To tackle this scam, a team of seven youngsters aged between 17 and 21, have created a company known as “4 wise Monkeys”. It stores and displays problematic phone numbers and attempts to track the miscreants, and the source behind the campaign. According to their website, their forum about the spam and its source is attracting more than 7000 unique visitors each week, many of whom have “googled” the mysterious phone numbers that appeared on their phones after receiving a prank call.

Such a marketing tactic is justifiable, when the cost transferred to the consumer is very less. In a country, where the mobile charges are moderate to high, shifting the burden to consumer would definitely entail outrage and annoyance.
On the other hand, if such a tactic were to be used in a country like China (or for that matter India), the mobile calls are pretty less.

How is it handled in India currently? There are automatic voice messages running a promotion from either Airtel (Bharti Group) or Reliance. Interestingly, the number received is a local number, and in cases, where the receiver “misses” the call, it is not returnable. When you call back the number, it fails to connect, since the number is blocked for incoming calls.

However, the convenience is something which is not passed on to the consumer. You could get calls from 8 am to 9 pm through this. 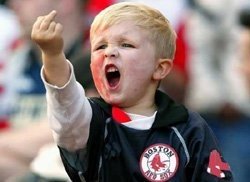 At the end of the day, the last thing a marketer would want is to irk his potential customers. The way DC Marketing is moving ahead, and the negative vibes it has generated in the market as of now, it is not doing good for its own brand image, at least not from a Marketer’s perspective.