Taking it forward, I intend to discuss one such illustration which highlights incorrect use of “Brand Gandhi”. How ethnic differences impact marketing and what are the implications? Wait for the next entry.

For now, a smart application of the legend, by Apple– “Think Different” 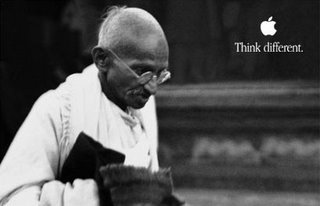 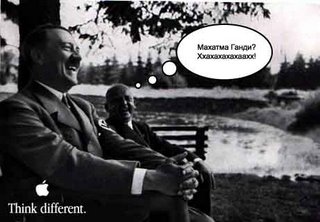 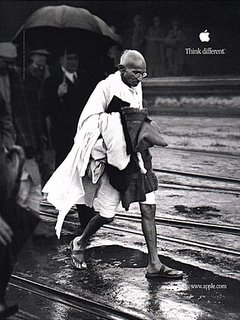 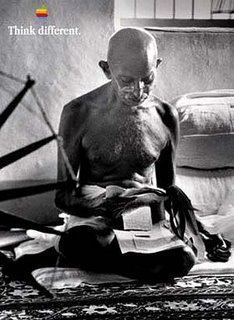 Could not really understand the one with Hitler and Stalin (I think). Maybe I will have to wait till I understand some Russian!

Incidentally, there is an entire generation of people (mostly Europeans and Africans) who know him as “Ghandi” and not the actual “Gandhi“. Am clueless about the origin of this word, but some portion of the literature I found on the Internet has consistently misspelt the name!