Social Marketing – Moving Beyond the Ps and the Role of Advertising 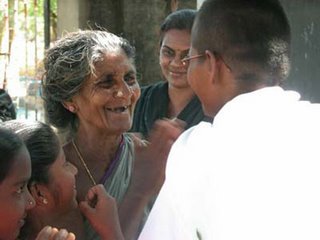 Clara Jacob and Nedra Kline Weinreich discuss at their respective blogs (Post Haste and Spare Change respectively) about the role of advertising in Social Marketing.

Through their insightful thoughts, there is definite take-away for marketers on the role of advertising (which is evolving into new media like mass mailings, media events and community outreach, apart from the traditional ones like public service announcements and billboards) in social marketing and how it can be leveraged to change the social behavior of the consumers.

In her post, Clara avers that Advertising can get people to change behavior for products and purchase patterns. But Advertising alone cannot change social behavior.
She illustrates the point with a classic example, when a coupon giving a dollar off a gallong of milk received a 60 percent response rate. This was nothing but a change of behavior which entailed a shift in purchase pattern of hundreds of consumers. However, social marketing does not work that way.

Nedra in her post Leading Horses to Water – the Role of Advertising reiterates that Advertising is only one piece of what needs to be considered in a social marketing program, and if the other necessary components are not there to back up the advertising, the campaign will not be successful.

Agreed. Customers do not change their behavior simply based on advertising. The message/communication needs to be supplemented with an entire integrated campaign comprising partners, affiliations and other important elements.

Nedra, in response to Clara’s blog entry has wonderfully explained the concept in her comments (Quoted verbatim):
The important role that advertising can play is in raising awareness that there is a problem that needs to be addressed, or in helping an individual realize that they are personally at risk if they do not adopt the behavior being promoted. Advertising can create an environment in which the target audience develops a favorable impression of the “product” (ie the behavior) and begins to see it as socially acceptable and desirable.

But for an everyday lifestyle change (e.g., eating in a healthy way) or even an occasional but emotionally difficult behavior (e.g., getting an HIV test), advertising does not always offer enough personal support to lead someone to take action. [It has to be supported by ] interpersonal communication from an influential person like a doctor, friend, family member….Advertising can lead the horse to water, but whether the horse drinks 8 glasses a day is another question.

Just to tap the basics, a quick recap of what is “Social Marketing”, especially for the jargonizers like me ;).

Social Marketing has been defined by Nedra as a multi-dimensional approach, including public service announcements and other modes of advertising, used by marketers for health communication with an objective to change behavior pertaining to a particular social issue. With constant focus on the consumer and his feedback, strategies are built and initiatives evaluated.

Social marketing (according to Kotler and Andreasen) seeks to influence social behaviors not to benefit the marketer, but to benefit the target audience and the general society. Apart from the 4Ps defined for Social Marketing, some additional Ps have been attributed to the concept – Public, Partnership, Policy and Purse Strings.

“Public” refers to the groups involved in the initiative, be it external (audience, policymakers, gatekeepers) or internal (approving authorities). “Partnership” refers to other organizations in the community, the support of which is required for the initiatives to really be effective. “Policy” refers to the changes required in the environment to support, complement and ensure sustainability of the behavioral changes occurred due to Social marketing programs; and finally, “Purse Strings” allude to the necessity of funds required for the operations, provided by sources such as foundations, governmental grants or donations.

The State.com on August 29 (through Marketing Power News) discusses an integrated Social Marketing campaign that illustrates the concepts and ideas above. The campaign, being run by local officials with an objective to prevent underage drinking during the back-to-school season, involves partnership with some organizations and key interface points for the young kids, to spread the message.

Though partnership is part of the marketing mix “defined” for Social Marketing, the campaign has moved beyond the Ps to understand and resolve the issue at hand. This includes educating the bartenders, waitresses and merchants on ways to spot fake IDs (used by kids to get liquor) and running educational campaigns for middle and high school students.

Smart measures such as putting wristbands on older drinkers than the under-aged reduce the defaulting rate. Personal discussions with bar managers and store merchants about their responsibility towards the society and the community, has resulted in a much more comprehensive execution than simply “social communication”.

As is evident in this case, it is imperative to move beyond the prescribed framework, if one wants to translate a social campaign into an executable and effective strategy, than confine into a simple half-baked social communication, harping on social relevance!

Following are some of the Social Marketing campaigns that have been discussed at this blog before. Some of them do trigger a thought process, which could/would have translated into a realistic executable strategy. As Nedra pointed out, they leave the forum open after triggering a realization a thought process. It is upon the marketers then to complement it with an integrated campaign!

Question is – how many have done it?