Brand Lalu: A Tastemaker for Rural Marketing in Bihar (India)

Uncategorized
Puru Gupta -
03:31
Rural Marketing is not all about low price points and PR building. Marketers in Bihar have found a new way of selling goods in the market – Tag them with the “Lalu Brand”.
Though Brand Lalu has been famous for more than a few reasons, very few marketers have been able to cash in on it on a sustainable basis. Products ranging from Toys to TV Serials, from toffees to dating sites, from movies to a website are being introduced in the market from time to time under the aegis of the “Lalu” Icon.

Consistent product introductions in the market tagged with the Bihari Persona has ensured that people remember him. His distinct style of communication and behavior has given him a unique place in the Indian community. So much so that the word “Bihar” and “Lalu” have become synonymous in the South Asian news circles. Following are a few pertinent branding stories floated in the market – 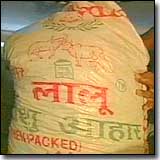 Lalu had gained considerable popularity on account of his involvement in the fodder scams in Bihar. Even though it was for all the wrong reasons, the name stuck nonetheless.
Leveraging this recall value of the local community in Bihar, Prakash Agro recently launched fodder under the Lalu Brand in Bihar.

Times of India reported that the company launched three qualities of animal feed under the brandname ‘Lalu Pashu Aahar‘ and has already managed more than 200 tonnes of daily sales in the market. This has encouraged the company to move beyond Bihar introducing lalu-based brands in other states as well.

How strong is the Lalu Brand in Bihar? A story on June 20 in one of the Bihar dailies discussed the feedback of the farmers, who insisted that cattle chewing on Lalu fodder give milk that’s much sweeter than before. Thus, thanks to Lalu fodder, their quality of milk has improved! Now that’s impressive for a first timer…but whether it’s the fodder or whether it is the ‘lalu’ component in the brand remains to be seen. For now, the company has got a magic formula to use for its brands!

Hair Cut
Besides these products, local barbers and saloons are earning handsome money by offering what they call the “Lalu style hair cut”. One of the barbers commented that the style is a craze among the youths and even policemen.

Sometime back, a Mumbai-based software company launched a website called LaluRabri.com for young people wishing to culture relationship through the internet.

According to an NDTV report, the dating website has been inspired by the bond Lalu Prasad Yadav and his wife Rabri Devi share, even after 33 years of married life and nine children! Thus, according to the website owners – “They are the image of an Indain couple. When Lalu needs help Rabri is there for him and vice-versa“.
Sound Logic but I am just keeping my fingers crossed as far as the “image of an Indian couple” goes. It’s a scary thought imagining every Indian family with 9 children!! 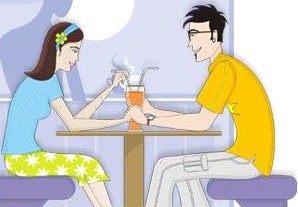 The website did click with a lot of Indians. Already, the website would have close to around 10000 memberships. More so, the name holds a lot of optimism for the youth of the Bihar state.
“Nearly a 1000 people from Bihar alone have registered themselves with the website, hoping that perhaps like Lalu, they too someday will find their Rabri” according to one of the news reports.

There are more brands running in the market piggybacking on the Railway Minister’s Brand – As mentioned in Times of India, there is Lalu ‘lemon choos’, Lalu Toy, Lalu chocolates and cheap cosmetics labeled ‘Lalu chale sasural’, which are currently hitting rural markets in Bihar and selling like hot cakes.

However, not anything and everything can be “successfully” tagged Lalu. There have been brand failures as well. Bollywood failed to accept the movie based on him “Padmashri Lalu Prasad Yadav”, the Television industry failed to accept the TV serial titled Ram Khelawan & Family and the Lalu doll is also not available in the market any more. 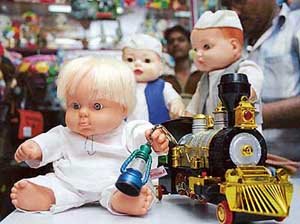 Incidentally, only the feature film had been named and made with Lalu’s consent in which he too made a brief appearance. All other products named after him were without his consent.

But there was not much resistance from the minister’s end, who has taken events in good spirit. This encouraged a section of manufacturers so much that rural Bihar is today flooded with low-priced cosmetics and other low-priced products under the Lalu brand.

Agreed that Lalu instantly connects with the rural populace and entails high recall. But the point here is what clicks with the consumers in one category might not click in another. I cannot launch motorcycles under the Lalu brand, neither can I launch Watches. There has to be a connect somewhere, which the consumer can psychologically map and associate with the ex-chief minister.

For now, such a trend definitely entails some excitement towards exploring more on the effect of a persona on the product offerings. Can we do this for soaps and detergents? What about White goods and apparel? Also, how much of an impact such a trend would make and spill over in markets outside Bihar? Are there similar iconic brands in other Rural markets as well?

Need to explore more – will get back with some information next time!
[Tip from Hindustan Times]
No Tag