Another set of “Best Billboards” have been announced – this time as part of the 7th Annual Sunset Strip/Times Square Billboard Awards , with the creative professionals in outdoor advertising being recognized for their outstanding work.

Held at West Hollywood on the 28th July, the awards were given by the West Hollywood Chamber of Commerce. The Chamber had established the Sunset Strip/Times Square Billboard Awards to honor creative excellence and artistic achievement in outdoor advertising design.

The basis of the awards included creativity and strength of original concept; overall art direction and implementation; and consideration of format.
[According to the press release]

Weeds got the Billboard of the year award and the GAP Glove Tree billboard got the Tall Wall of the Year. Have a look at other creatives which have been awarded as the best ones in their respective categories. Hover the mouse over a pic to know more about it. 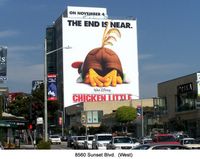 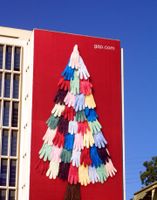 The compiled list of the winners, the advertisers, the agency behind the creatives, the Art Director, the Creative Director and the Billboard company, is available at this link
[via Ad Critic]
No Tag