Childcare India – “Push him out of Begging” Campaign

Uncategorized
Puru Gupta -
10:06
I am amazed at the pace the Indian advertising is going at. The creative juices undoubtedly are flowing throughout the country like never before. Also, it is not just the work of a few select agencies that could pile up all the credit but a pan-India phenomenon. Evidently, now their work is being recognized the world over and different parts of the world are looking up to the Indian sub-continent for “creative inflows”! Undoubtedly, there is a lot to learn from some of the Creative masters of the country. 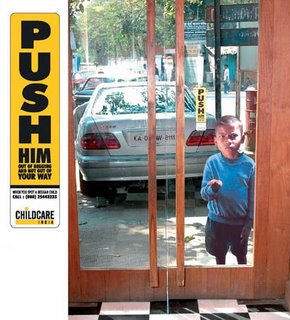 For instance, this campaign for Childcare – an organization for the betterment of the homeless children in India, talks about the attitude of common Indians towards these children, who are a common sight at the Traffic lights and Shopping Complexes.

This Campaign has already done the rounds of most of the Ad Blogs. For the Ad freaks, this would be classic piece now. However, couldn’t resist putting it up here, simply because of its Indian roots!

The campaign forces the viewers to introspect and think about these children. It reads “Push him out of Begging and not out of your Way”. Have a look at how the message is communicated and sent across to people like us. 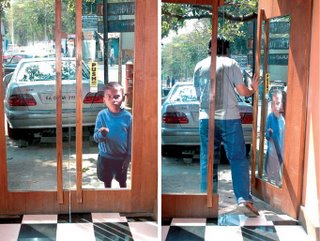 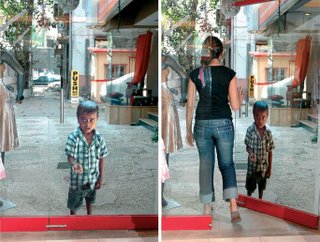 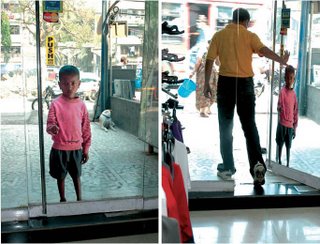 Brilliant work indeed! However, on second thoughts, I feel that there is very little that most of us can do, except, at best, appreciate this campaign.
Can we eradicate begging per se? Can we change the attitude of people pre-occupied with their own fast-paced lives? Can the attitude of millions of beggars be changed where they are coerced into doing something constructive?
Most of the answers would terminate with a negation. However, what the least we CAN do is appreciate someone’s effort in making an attempt towards this effect!
Kudos to the agency (Grey India) and the organization (Childcare India) !
[Source: Sandeep Makam]
No Tag