Uncategorized
Puru Gupta -
05:00
A unique and interesting element of the coastal Ghana communities, that has been present for generations in this part of the world is the concept of Fantasy Coffins.

Meticulously detailed and based on objects of significance to the deceased, such coffins are an important aspect of the burial ritual. According to Arts on the point, this art form is practiced particularly by the Ga community in Ghana.

And what do these coffins depict? They reflect the status, occupation, tastes, or desires of the departed. 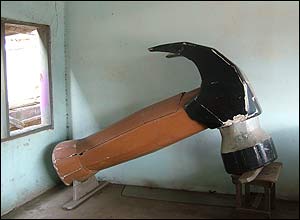 Some of these depict the mode through which the deceased earned his/her livelihood.The coffins are mainly designed to represent an aspect of the dead person’s life — such as a car if they were a driver, a fish if their livelihood was the sea, a snail-shaped coffin for a snail-seller or a sewing machine for a seamstress. They might also be symbolic elements of his life – such as a bottle of beer, a cigarette, hammers, mobile phones, hens, roosters, leopards, lions, canoes, cocoa beans or elephants. 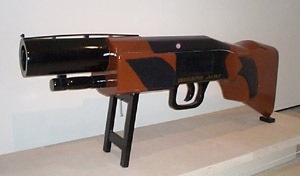 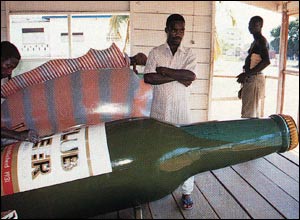 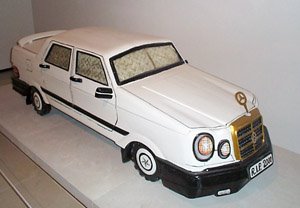 An interesting article and an audio clip on this tradition on NPR explains the entire setup of the process. According to the report,

“For the Ga tribe in coastal Ghana, funerals are a time of mourning, but also of celebration. The Ga people believe that when their loved ones die, they move on into another life — and the Ga make sure they do so in style. They honor their dead with brightly colored coffins that celebrate the way they lived.”

Just like the ancient egyptians filled up the pyramids with food and water and basic amenities, the localites believe that this represents their afterlife and so it should be beautiful. There is also a downside to this practice – the risk of robbers apparently. That is why some of the most beautiful coffins are partially destroyed before they are buried! 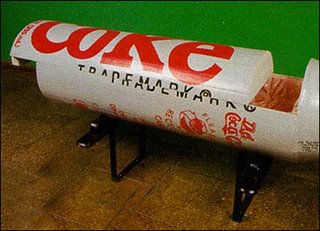 In the report, a carpenter, explains that the the coffin acts as a home in the afterlife, so it must be beautiful. But he laments that after putting so much time into creating the coffin, it gets hidden underground. “By the end of the day, they are going to bury this thing, which has taken so much time, so much energy…” he said. 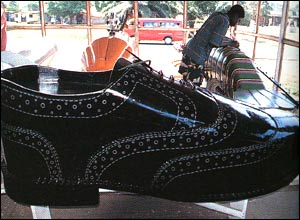 The coffins vary with size and shape, and some of them might not be of considerable size. But for the localites, what is more important is the “representation” of the deceased than the practicalities associated with the departure!

Getting closer to the real world – the Cost Factor cannot be conveniently ignored. Each coffin costs somewhere between $400 and $800 and can take upto a month to make. 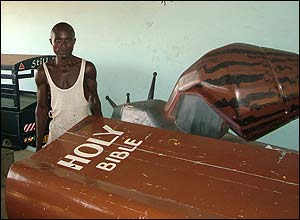 Some of the clients are poor localites, for whom the tradition costs them almost the earnings of an entire year (e.g. Holy Bible is for almost $400, annual earnings of some of them). Thus, tradition does come at a cost. But again, tradition also comes with a strong symbolism.
Quoting a line from the report – “If the designs are fanciful, the business of death is taken very seriously indeed. And the final journey on this earth has to be marked with as much dignity and status as can be mustered. “

Interesting concept indeed and a unique tradition. But, let me talk of something which is more pertinent – The Marketing perspective of this tradition.

Taking a cue from this, there are loads of traditions which are practiced in India as well. Each tradition has some products attached with it. Does this mean that each of these products/symbols are only for sale for the local communities, and can never go beyond the neighborhood markets? Well, in most of the cases, this holds true. Be it Holi, Diwali, Id, Sakranthi, Lohri, Pongal, Kite Festival or Baisakhi, none of these festival celebrations go beyond their local markets. Practically speaking, these are occasions which are not pertinent to others also.
But lets come back to the Fantasy Coffins. Somebody (Paa Joe) thought of a brilliant concept of translating tradition to art work and subsequently, showcasing this art work to International Audience. And what better forum could it be in the current context than an International Games venue?

According to the official website of Commonwealth Games, Melbourne 2006

“A collection of eight exquisitely carved coffins from the Paa Joe Carpentry workshop on the outskirts of Accra, Ghana will celebrate the role of life and death in contemporary Ghanaian life.” 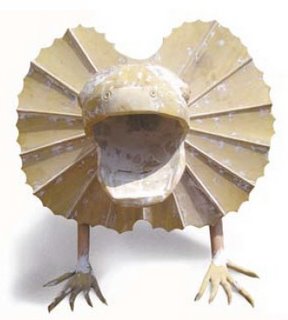 Worldy things, wherein 8 coffins of different fishes, animals and vegetables would be displayed as part of an exhibition showcasing some unique pieces of culture across the globe. Picture one of them, which figured on the official invite for the Exhibition, showing a frilled lizard shaped coffin. Wonder what the profession of the dead man be?;-)

Nonetheless, it is a unique way of promoting tourism for a particular nation. It also enhances visibility of unique elements of traditions, which certain communities practice, but which cannot move beyond local markets because of certain constraints. Presenting such elements at a forum which is undoubtedly global is an excellent strategy. If not tourism, this would definitely trigger trade ideas amongst efficient businessmen to craft a feasible business proposition!

Kudos to the marketers and all the best to them!
By the way, Can I order a “P” shaped coffin right now? 😉