Uncategorized
Puru Gupta -
03:48
I recently read about a unique tradition in China, which could be leveraged by the Marketing community in this region – tiger products for young children!
According to a research paper on Chinese culture, the villagers used to make children less than one year old wear tiger hats, clothes, and shoes.

Reasons? A tiger suit is considered good for health and luck and because they believed it can keep mosquitoes and evil away from the child. Also, they were meant to represent a magical power that would chase away evil spirits. Some texts say that it was hoped that by wearing the tiger hat, the child would acquire attributes of the tiger such as strength and bravery!

This particular folk art tradition is called Children’s millinery, where babies were given tiger hats and shoes during their first year in the hopes of warding off evil spirits. 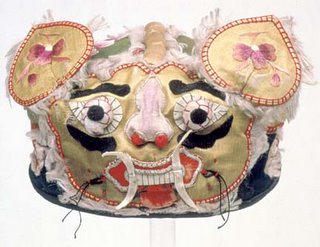 Each hat is carefully hand-embroidered and is rich with symbols of good luck and longevity. Even in modern China, children wear tiger-headed caps and shoes embroidered with tiger heads to ward off evil spirits and sleep on tiger-shaped pillows to make them robust. This tiger hat from the early 20th century features three-dimensional butterflies and fringe across the brow.

Another article in Honolulu Star Bulletin talks about the exquisite tradition practiced by the parents. A legacy of children’s ceremonial costumes has been followed for years in China, wherein expensive, royal yet adorable hats were worn by the children. 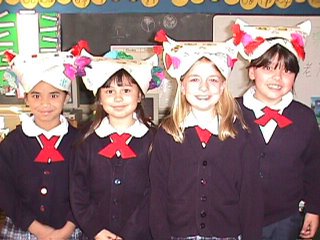 More so, traditionally, tiger hats were usually meant for boys. Mentioned one researcher, “In Asia, people loved to have many children, but they mostly loved boys. It was the boy that brought fame, wealth and status to families.” In modern China, this is not the case. Girls also have started wearing tiger hats following the same reasoning as above.

But as is the case with every tradition backed belief, there is also a story attached with this tradition.

According to China Online, tiger shoes were worn by a child who in search for his mother (who came out of a picture) wore the tiger shoes and fought his way out to take her back to his father. An interesting read for sure. Just reinforces the strong belief in tiger brands!

Another extension of this practice is the “profession prediction” ceremony of the children.
“In China, for a child’s first birthday, they would dress him up put him in the midst of objects and let him pick one, which would then suggest his future profession. Picking up a calligraphy brush might indicate a scholar.” Incidentally, this is practiced even in some parts of India. 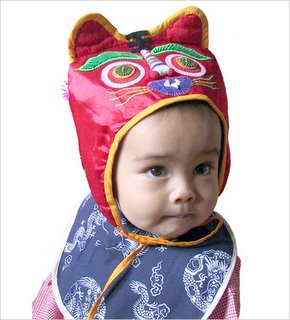 How can this factor be used in Marketing? If nothing else, this is a great tip for an entry into the kids segment in China. Affinity for tiger products and a rich tradition associated with it ensures a ready market for tiger-related commodities nonetheless.

Am really excited to find out how many Marketers in China are leveraging this tradition to their advantage. With tiger hats, tiger suits, tiger shoes, tiger slippers and tiger clothes – one already has a product portfolio ready. A single brand offering extensions across these lines is definitely workable!

A strong brand association and customer loyalty are obvious fallouts of an approach in this direction. What remains to be seen is how creatively and smartly would marketers apply /have marketers applied this in the Chinese markets!
Food for thought …
No Tag