Uncategorized
Puru Gupta -
18:19
Its hit almost every newspaper by now. – Starbucks* won the case and Shanghai based Xingbake Coffee Co Ltd has to pay the punitive damages amounting to $62,500 or 500,000 yuan or Rs. 27.88 Lakhs!
Reason?
According to China Daily ,

“One of the shops of the local company in the city’s downtown Nanjing Road has a design similar to that of Starbucks: a round logo with green characters against white background Chinese characters reading “Xing Ba Ke” on the top and Cafe at the bottom.“

Xing, pronounced “shing” means star in Chinese, and bake, or “bah kuh” sounds like bucks Thus the name, logo, graphic elements and meaning are all subject to copyright infringement. 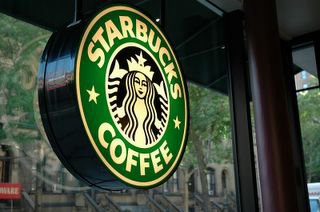 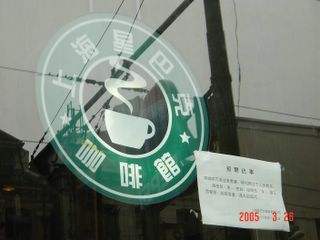 In an article in CNN called “Chinese court slides with Starbucks”, the concern of the foreign companies had been highlighted.

“Foreign companies have complained for years that the Chinese government is failing to stamp out piracy of copyrighted or trademarked goods such as movies or designer clothes.”

The entire Chinese Markets have been grappling with these issues of Intellectual Property Rights. In a recent article in Mckinsey Quarterly on “Protecting Intellectual Property in China”, a robust structure has been recommended for the IP model in China, not only from the legal perspective, but also from an operational and strategic perspective. Though the industries facing IP issues are primarily Consumer Electronics, Semiconductors, medical equipment, pharma and software, the food industry has also been impacted with the infringement issues.
Counterfeiting is one of the most important issues organizations would have to face in the coming year. As has been illustrated above, many local producers are imitating products to sell low-cost offerings to suit the cost-conscious consumers.

According to the study conducted by Mckinsey, most of the Chinese companies take the legal route to handle IP protection. They would need to take more of a proactive than a reactive approach and strategize accordingly. They should incorporate and institutionalize the IP rights, both internal as well as external to the organization.

“The best companies reduce the chance that competitors will steal their IP, by carefully selecting which products and technologies to sell and manufacture in China.“

Other critical features elaborated in the article include control of the senior Managers, awareness of the regulations and the practices, high ethical standards, preference for internationally experienced Chinese nationals and trusted partners for joint ventures.
Lately, with further opening up of the Chinese economy, there has been some relaxation on the rule of joint ventures for entry into the particular industry. Even Starbucks has started opening outlets directly as the government loosens regulations on foreign ownership in the sector. An unreliable partner could backfire, so one needs to exercise caution.
Incidentally, on one hand, Xingbake infringed upon the name of the biggest coffee giant in the world and paid a heavy penalty for it, another Bangkok-based Retail chain “Coffeebucks” does not have any copyright issues! Doesn’t this name sound familiar? 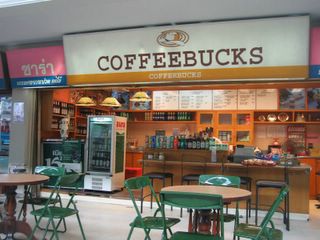