Skip to content
Tomorrow would be the completion of one full year of the biggest disaster to hit South Asia – Tsunami. Exactly one year before more than 11000 people had died in this disaster in India itself. Villages had been shattered; families swept away, cattle drowned….It was the worse of the worst times for the entire nation.

Tsunamika is a project based out of Auroville in Tamil Nadu, South India. As part of rehabilitation and healing services, Upasana Design Studio conceived the concept of training the women of the villages and teaching them how to make dolls from used fabric, cleped as the child of Tsunami, or “Tsunamika”

The project Tsunamika represented the creative power of the women, helped in trauma counseling, fighting and enjoying their existence and enabling a fresh outlook towards life. Self-Help groups of women have been formed just the way they were formed in Shakti or HLL Network. Nearly 480 fisherwomen from 6 villages are trained and from them around 150 ladies are now creating these little dolls called Tsunamika.

There is an excellent poem written for Tsunamika – “A Living symbol”. I liked the following paragraphs especially. They convey the theme and the purpose of this exercise.

Kudos to the entire project team! An excellent initiative indeed.
But again, the purpose of this entry is not to talk about the “Social” aspect of the project, but to talk of a more pertinent aspect of this project – The Marketing initiatives of Tsunamika.

At this juncture, the visibility of the project needs to be enhanced. I am not sure how much effort has been taken in this direction, since it is not evident on the website. The website does not have a professional look and does not even have a transaction gateway to facilitate online donations. Thus, one can infer that either most of the donations are given offline and are sourced from domestic and local sources, or the initiative is more of a self-sustaining effort.
I am not alluding to the commercialization of the concept per se. But the entire project needs to be taken one step forward in terms of making the nation aware of the wonderful thought and theme behind its conception… I am sure there are many more, who are willing to help, many more who would like to come forward and lend a hand, many more who were concerned – very concerned about the survivors, but whose concerns withered away with time.

The project is not about donations. It is simply about recognition of the efforts of these women who have decided to fight against time and live their destiny. Consider some of the products that have been made under the Tsunamika Brand – 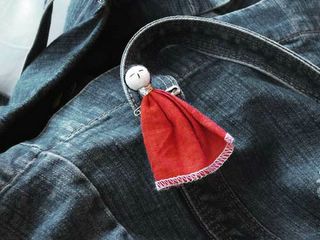 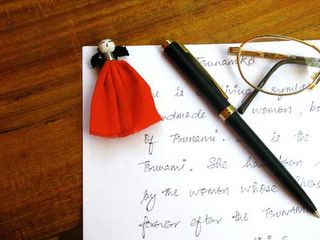 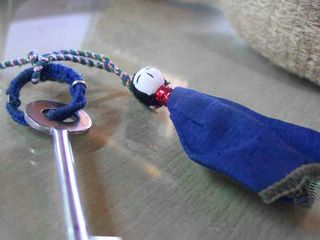 Yes, you read it correctly. its time to Brand Tsunamika…and that’s what I intend to do.
For more details, download this presentation and get more details!

1 – Build a strong and secure Transaction gateway to facilitate online transactions from local as well as international sources. Even a basic pricing unit should be attached to each of the items displayed on the website to encourage purchases of the products!
2 – Give a voice to Tsunamika. Make her speak out and tell her own tale. Make her talk to people and reach out to the masses. Give a life to Tsunamika.
3 – Make variants (brand extensions) of Tsunamikas and build stories around each of them – each story symbolic of the fight, the struggle and the life of some of the fisherwomen. This would give a realistic picture of the trauma faced by these women and trigger an emotive appeal, making people empathize with the locals
4 – Organize national events and contests around Tsunamika to create awareness of the campaign
5 – Get into the corporate sector. Talk to corporates and build visibility at a micro level within each of these organizations. The Social services committees in these organizations or select representatives would be critical to facilitate this awareness campaign
6 – Beyond the sub-continent, two particular areas are most important –
Firstly, the North America and Europe region (took them as one region in terms of income levels) is important. These areas could be a major source of funds and revenues, especially from the non-resident Indians.
Secondly, the South-East Asian belt – These are the regions which have experienced the trauma and would empathize with the victims. Extending the concept of Tsunamika to this region would encourage many more takers and provide a stronger representation of the area and the victims
7 – Though it is not critical at this juncture, one must seek towards getting patents for the tsunamikas, thereby protecting the creatives

These are some of the pointers I could think of. Hope they are pertinent to the concept and practical for the execution!

2 thoughts on “Tsunamika – The child of Tsunami”