Uncategorized
Puru Gupta -
18:32
This campaign for Economic Times is almost one-and-half years old. But the idea is still striking enough to be mentioned here. Enterprise Nexus designed a set of visuals with the baseline “The power of knowledge”.
According to a review of the Ad in the May’04 edition of Times photo journal, the Cat and Dog photograph is real and is not a Photoshop product! Though “the cat was able to perform at will, staring into the eyes of any dog you put in front of her”, it was difficult to get a dog (Great Dane) to express the way the Director wanted.
Most of the Ads are a creation of B Ramnathkar, Executive Creative Director of Enterprise Nexus. The best part I liked about the agency is what Sachin Anand, a Senior Account Executive, mentioned in his interview – “Enterprise Nexus follows a set work ethic, which is – No playing and Manipulations with art. As far as possible we don’t use image-editing softwares.” Though it is tough, it is definitely admirable taking such a stance in this world of aggressive advertising. 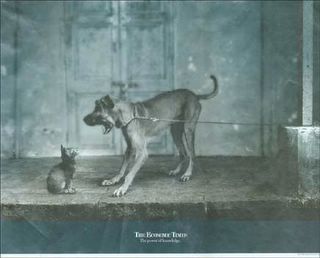 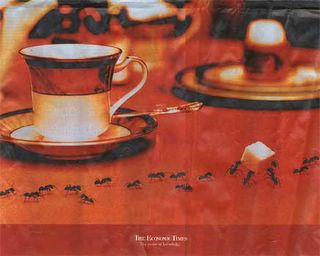 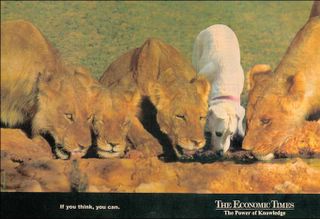 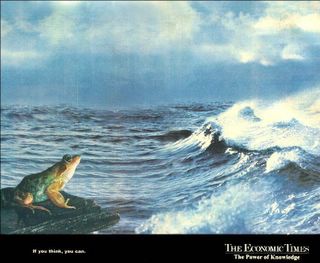 None of the Ads require an explanation. The concept is classic and the meaning is inferable. The last 2 Ads trigger an extra thought process with an extension line “If you think, you can”. Wonderfully thought and presented, especially when the creatives are original and no manipulation of the art has been done!
The campaign hits the “Intellect” instantly and reiterates the value of its content to its readers….the value of knowing stuff….the power of knowledge!