Ogilvy has put up some great work on “The Economist”.
Found these ads on their website, thanks to a nice lead from Freddy’s Blog.
Ogilvy has an excellent pool of creatives posted on their website.
Though this set of Ads is not present in its current portfolio, the archives contain the entire set of the print campaign 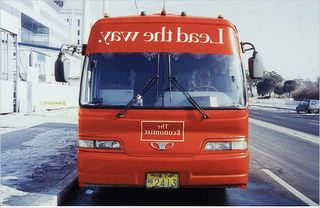 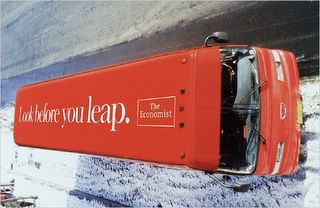 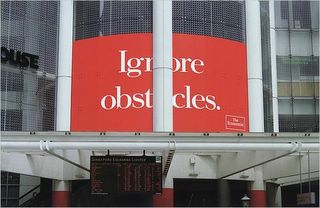 Apart from these Ads, I found another interesting piece by Ogilvy and Mather in the Adverblog archives
For this Ad, Ogilvy & Mather Singapore had won a Gold at the One Show 2004.
The brief was based on the “Economist Brain“ 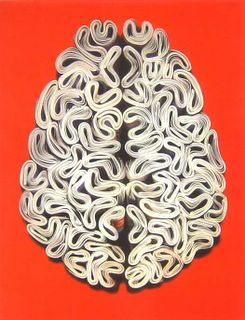 And another one from Agency FAQs

Incidentally, the last one, titled “Management Trainee. Aged 42” is a creation of AMV BBDO, and not O & M. Atleast that’s what the website says!
Finally, there is another piece to complete the set – ‘the control by Technology’. Though I haven’t uploaded it here, it can be viewed at the Hidden Persuader’s Blog
The Ads are of intellectual taste, undoubtedly. For the first timers, an elaborate brief might be required :-). Spend a minute on each, and you would discover a bit more of the “intended communication“. But, certainly the Ads have been well thought of, keeping the readership in mind, primarily. Nice work!

Updates:
Found some more of the campaign. These ones are from BBDO. 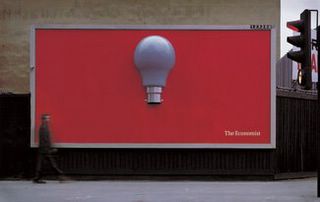 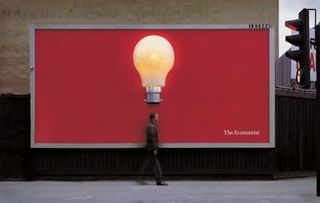 And this excellent series of Ads created by BBDO, from Ads of the world . Thanks Ivan! 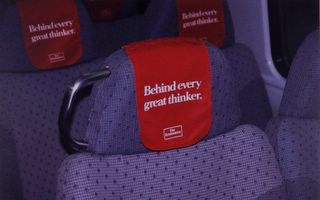 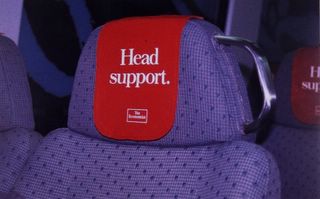 The Ads are titled – “The Great Thinker“, “Head Support” “The Keyhole” and “Always On“, respectively.
There is also a series of Interactive Advertisements, that I got from Adjab on the “New Economist”
It starts with “What’s happened to The Economist?”. As colors change, the line changes to “The new-look Economist with added color” Check the 3-ad series at this link.

Any more Ads on the Economist lately?