is a new invention. It is talk of the town. It is the thing that everyone everywhere is excited about. It is what makes you feel important. It is what you want to have. ….
It is that and it is this. You can never stop talking about it….
So WHAT IS IT?

Created by BBDO, the campaign covers different parts of the globe showcasing the buzz created about “it”. Omnicom Group’s BBDO is the new agency hired by eBay, and has made its debut with this campaign (Source:Adweek)

It starts with the “Yahoo” or “Google” style invention, with two guys inventing “it” during their experiments. This invention, with some coloring, goes on to become the most talked about thing “buzzing” in the market.
It becomes the craze amongst all the generations (the videos make a conscious display of all the generations and the cults). Different segments interview the “creators” of the concept and ask them the billion dollar question. But the answer never is seen or heard. 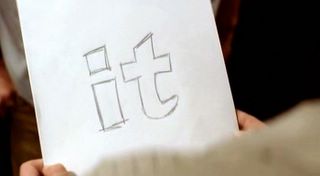 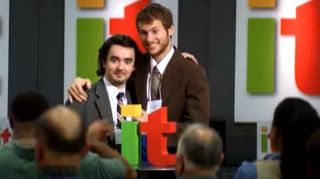 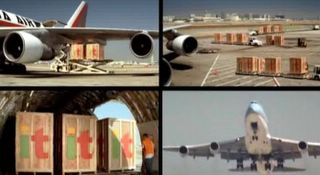 At the end of the campaign the connector appears

For the intellectually inefficient (like me), the “it” in the tagline is replaced with different items that are for sale at eBay – laptops, watches, toys, etc.

It covers US, UK, Mexico and Japan in its campaign. Any particular reason? I went through their press release for the financials this quarter, but could not identify any particular economical “affinity” towards these areas. A quick thought convinces me. Part of the reason could be that eBay wants to display its “global” coverage across the globe, spanning all continents. That’s why it might not be a coincidence that a country each has been chosen from North America (?), South America (Mexico), Europe (UK) and Australasia (Japan). 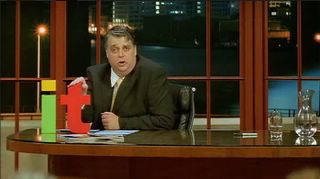 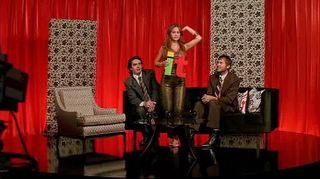 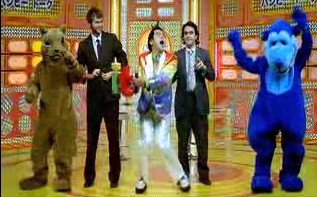 Interestingly, eBay has chosen the coloring of “It” in such a manner that it encompasses the colors of eBay’s logo – Green, Red and Yellow!

You can also customize “it” and get the downloaded version for keeps! Here is mine made of hard wood !

Incidentally, a press release by eBay announced its Q3-05 Results – A whopping Net Revenues of Company Reports Record Q3 Net Revenues of $1.106 Billion and a diluted EPS of $0.18