It’s called the “Birds” commercial in the Business circle. The latest Ad from Visa, as part of it’s “All it takes” campaign, features Richard Gere in a Jodhpur, Rajasthan-based commercial.

According to a press release by Visa South East Asia, it is currently being aired across countries in the Asia Pacific, and is considered to be “a blend of Hollywood and Bollywood”

Though most of you would have seen the ad, just for the records, it involves a small girl looking to purchase 5 birds to bring good fortune to his brother, who was going on a journey. But she is told that she can only afford one bird. Like most of us, her natural reaction is dejection. But unlike most of us, she is noticed by the “Runaway Bride” star.
A little while, he was told by his guide, “If you free the birds, you give good luck”. After the girl leaves, he takes out his Visa card and buys all the birds from the stalls.
The tagline appears “Special Gift?”
As the little girl is about to bid her brother farewell and release her single bird into the air, hundreds of birds suddenly fly into the sky behind her.
“Visa. All it takes” 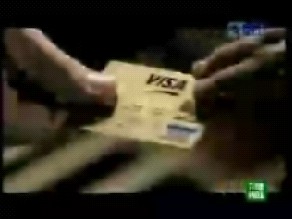 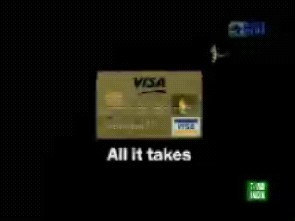 The Advertisement and the storyboard is available at Agencyfaqs

With a nice score of localized music, this Ad conveys the ‘softness’ of a Visa Card. As one of the Marketers points out in an article on Rediff
“Unlike other financial ads, the Gere commercial is not materialistic. There is a strong sense of selflessness.” Well, not sure if that is the main purpose of the Ad, but yes, this is certainly a relevant afterthought.

Another official perspective – The regional director of Marketing, John Steere said, “Consumers strongly associate the Visa brand with qualities of creditability and reliability. The commercial serves to further reinforce this positive perception in the minds of consumers and translate this into tangible benefits for the payment card industry in the country”

What I feel is that, in the 90-second commercial, what is being tapped is the philanthropic nature of the Ad. “Special Gift?” alludes to the nature and the attitude of the Customer. Such a feeling definitely gives you an ego boost, which then translates into a secret need of ‘feeling important’ and getting that special recognition!

Next thing… Why Richard Gere?
The official version: “We sought out the perfect celebrity and theme that would reflect our brand promise and commitment of empowerment. Based on our consumer research conducted across the region, Richard Gere emerged as one of the most highly rated screen personalities. He is perceived as sophisticated, gentlemanly, charming and universally respected – qualities that we want the Visa brand to reflect. Richard Gere’s warm and gracious persona and the act of generous giving match Visa’s concept of empowerment perfectly”

My thoughts: A tourist is perceived to be affluent and generous. Richard Gere is acceptable, but more importantly, being a Hollywood persona, he would be perceived as a heavy customer, who can afford such gifts!
Imagine if Shah Rukh Khan or Sachin Tendulkar would have replaced it… They cant create the effect, right?
I guess, they would have decided on a foreign personality first, and Richard Gere next.

The setting in Jodhpur can be attributed to the ‘traditional’ mindset of the Indians, the way we stick to our traditions, and go out of the way to spend on them, even though we might run out of our pockets in majority of the cases. The tradition has to be followed, no matter what!

For such times, there is Visa!