When I saw the inputs from India during CLIO Awards a couple of months back, there was comment by the organizer – “India holds a large potential market for Advertising, and we expect a lot of entries from this region pretty soon“.
The reporter in “All about Ads” covering the Awards mentioned that “India lacked the innovation and creativity in comparison to other countries” and this argument was substantiated by Prasoon Joshi, who had attended the Awards.

I did not buy the argument at that moment. But, today, when I was searching for my next entry, I came across some of the campaigns by European Countries. I must admit, the only reaction I can think of … “Awe” some!
India needs a lot more creatives than there are right now. The whole Advertising process has become so cluttered, and the only way out is INNOVATION! The only way Indian neophytes are learning is within the limited scope of Indian advertising (and lately, Ambushing seems to be an easy way out for most Advertisers!). They need to move beyond the borders, get exposed to the European and American Markets, and THEN, customize it inwards.
If we have to elevate our Advertising Capabilities to International Standards, it is imperative to get exposed to those markets, and then APPLY those learnings here.

Though it is a series of 4 Ads, Each one needs to be viewed closely to understand the “Metaphor” behind it. Click on the photos to get the full versions. 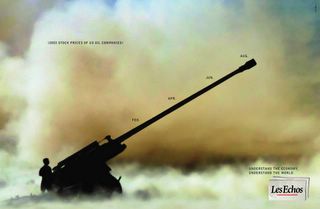 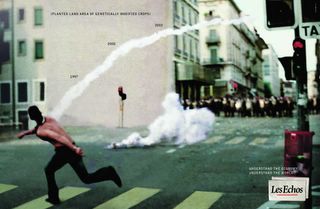 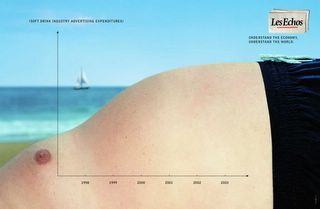 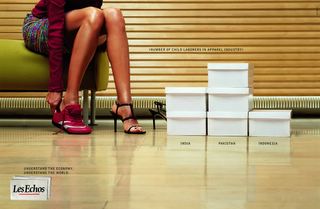 Metaphorically illustrating the trends is a beautiful way of presenting the analysis, and triggers the thought process and deductive analysis by the reader.
Excellent work and a well-deserved award! Great work !