Oglivy & Mather, New Delhi has come out with latest print ads for Duracell 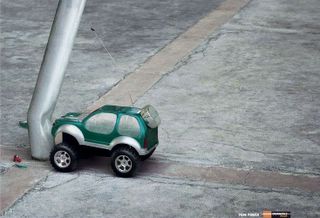 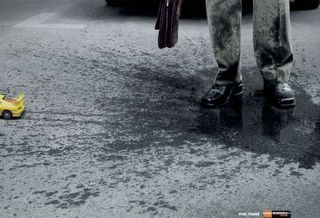 Both the Ads trigger a thought process, but one has to think a bit more than the “average thought period” for other ads. More so, the second Ad can be comprehended only because it follows the first one. Had it been displayed in isolation, it would have become slightly difficult to understand it. Maybe the picture could have been clicked a second earlier, and we could have had a better glimpse of the car 😉
Anyways, the second one would not be my pick for billboards and hoarding displays, since there is limited duration of exposure to it on highways – and it would not be a very good idea, if BEFORE the message gets to the viewer, he moves past the hoarding!

Visit the website of Duracell, and it does reflect technology..
Specially, “Explorations TV” – a hub of innovations and cool videos. Have a look . Of course, it is “Powered by Duracell” 😉