Another week! Another set of 20 Brand pills – the last one before I enter my Post-graduation Era!
Here they are –

Which Indian movie was included as a case study in Leadership Skills by IIM Indore?
(Lagaan)

Philip Morris produces many of the world’s best-selling cigarette brands, which include Marlboro, Benson & Hedges. Which is the parent company of Philip Morris?
(Altiria Group)

Pop Star Britney Spears launched a new fragrance. What is the name of the Fragrance?
(Curious)

Harmony is the name of which companies textiles?
(Reliance)

What factors are involved in calculating the Human Development Index (HDI)?
(Longevity, knowledge and standard of Living)
HDI is a summary Composite Index tat measures a country’s average achievements in three basic aspects of human development : Longevity, Knowledge and a decent standard of living. Longevity is measured by life expectancy at birth; Knowledge is measured by a combination of the adult Literacy rate and the combined primary, secondary and tertiary gross enrollment ratio; Standard of Living is measured by GDP per capita (PPP US$).

The Company’s first customer was Walt Disney, who bought oscillators to use for the making of Fantasia, in 1940. Name the Company
(Hewlett Packard)

Taj Group of Hotels is a chain of hotels from which company?
(Tata)

Forester is the name of a car manufactured by
(Chevrolet)

Aditya Birla collaborated with which foreign company to roll out an insurance scheme?
(SunLife)

“Auntie” is the nick name of which organization in Britain?
(BBC)

Two people own the website “Vsplash.com”. It helps people develop their own sites in five simple steps. One is Venkatesh Prasad. Name the other.
(Srinath)

“Sugar Free” is a leading brand of artificial sweetener in India. Which company owns the brand?
(Cadila)

Which country is called the “Land of cakes”?
(Scotland)

Novartis was born out of the merger of the which two companies?
(Ciba and Sandoz)

The software company I-flex solutions was originally a division of this famous Financial Services Company. Which one ?
(Citicorp)

It is considered as a significant year for Business Development. This year saw the launch of Yahoo!, Amazon.com and the famous launch og the Orange mobile phone service in the UK. Which year was this?
(1994)

It was the year the made David Oglivy famous. Which shirt brand’s ads had the famous man with an eye patch in the 1950s, which catapulted David Oglivy to fame?
(Hathaway)

The earlier proposed name of this car was Mint. It won the award for maximum sales last year in India. What is it better known as today?
(Indica)

This IT Company is the only company to have its logo designed by a spastic child. Which company?
(Mindtree)

For the P-Ad this week, I have uploaded the print campaign that won the Gold at this year’s Cannes Lions in the “Press” category.
The Ads are from Reckitt Benckiser for their Shoe Polish Brand “Nugget“.
It has been designed by the South African Ad Agency “The Jupiter Drawing Room”.. 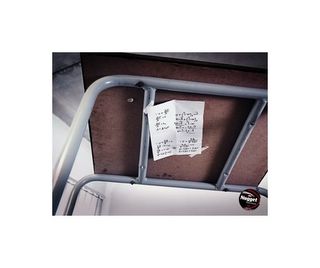 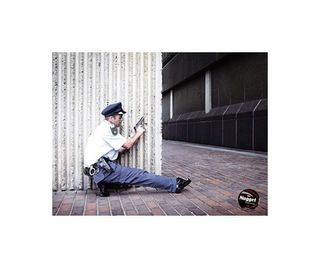