Talk of Cannes Lions and not talk of the star Attraction..!
The Winner of the Grand Prix at Cannes this year was the “Honda Grr” Commercial in the Film as well as the Titanium Category. It also won the Film Journalists’ Award, and is considered as one of the best pieces this year in Animation and sound track.
According to John Hunt , the President of the Jury and worldwide creative director of TBWA Worldwide, the 22-person jury arrived at its decision with very little debate. “In the end, because there was the sense that ‘Grrr’ was probably the Grand Prix, I asked the jury to write secret ballots for their first and second favorites for the award. Seventeen chose ‘Grrr’ as their first choice. For second, the Adidas spot, ‘Hello Tomorrow,’ and a few others were also mentioned. But there was no discussion about the Grand Prix. It was way mathematically ahead of anyone else.”

The Ad has been designed by Wieden and Kennedy Ad Agency, with special mention to the Art Director of the Agency – Sean Thompson

Talking to “All About Ads” on NDTV Profit, Sean Thompson said that what made the Ad win was the “New way of executing the idea” – the concept of the diesel engines being restructured and an integral component of their cars.

In a Report on the official Website of Cannes Lions,
He related the Ad to “Philosophy for Life” and narrated the History behind the Campaign.

“Honda’s Chief Engine Designer, Kenichi Nagahiro, when told to design the
company’s first diesel motor, said he hated diesels because they were noisy and
dirty, so he would be radical”

This thought was taken as the base for designing the Ad, wherein the word “Hate” was perceived to be a powerful communicator in sending the message across. A Song was written and sung on this concept “Can Hate Be Good?” by Garrison Keillor.
Visuals

Then they turned to the visuals. And decided they needed animation to create a
“hate world”. Zenith won the pitch and spent five and a half months producing “what they described as Liberace’s golf course-over-manicured and just too perfect, to reflect Hate World”, Thompson said. He added: “Advertising doesn’t tend to go beyond the idea, but this ad does with a philosophy for life”

The same story, but with a different perspective, was covered by Adjab 3 months before the Event in a report and once again, after the Results were announced

You’ll start feeling Disney-fied for a bit, but when you start to see the diesel engines flying around as people sing about about hating things, changing things, it gets quite amusing. The overall point was that Honda had someone who “hated” the diesel engine work on the process to get the “grumble” out of it, and it worked. The diesel engine being accepted by the environment and animal kingdom is kind of amusing, but we’ll let that go because we think rainbows, flamingos, and engine-crushing rams are worth seeing all together.

“Grrr” has already collected a number of other honors, including Best of Show at the One Show, the Grand Clio, a Grandy and eight British Design & Art Direction Awards.

Talking to Adage in a report, Mr. Hunt said “The idea is such a simple proposition and it entranced us all. When rewatching the commercials, often you see two or three frames and move on, but I noticed the jury didn’t mind watching that one again. It’s just one of those commercials that entertains you as it sells you and the premise is blindingly simple”.

The Ad was available for download at the Honda Website earlier, but the campaign has now changed after the Cannes Festival. But, It is available as a winner in British Art Awards

The campaign was an interactive one on the Website, wherein an diesel engine that made a lot of noise and a hammer were provided. Captioned as “Hate Something.. Change it” after hitting the Engine 4 times, a smooth clean soft Honda Engine showed up, with the Message “Honda Engine re-circulates exhaust gases and features a close –couple oxidation catalyst!”

This Ad was a good compensation for the Agency, after their disappointment with the “Cog” Ad for Honda 2 years ago, for Honda.
Have a look at the Wallpapers that were available for Free Download – “Hate Something. Change Something” 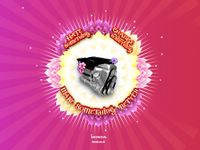 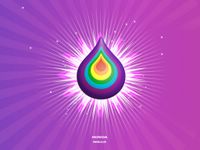